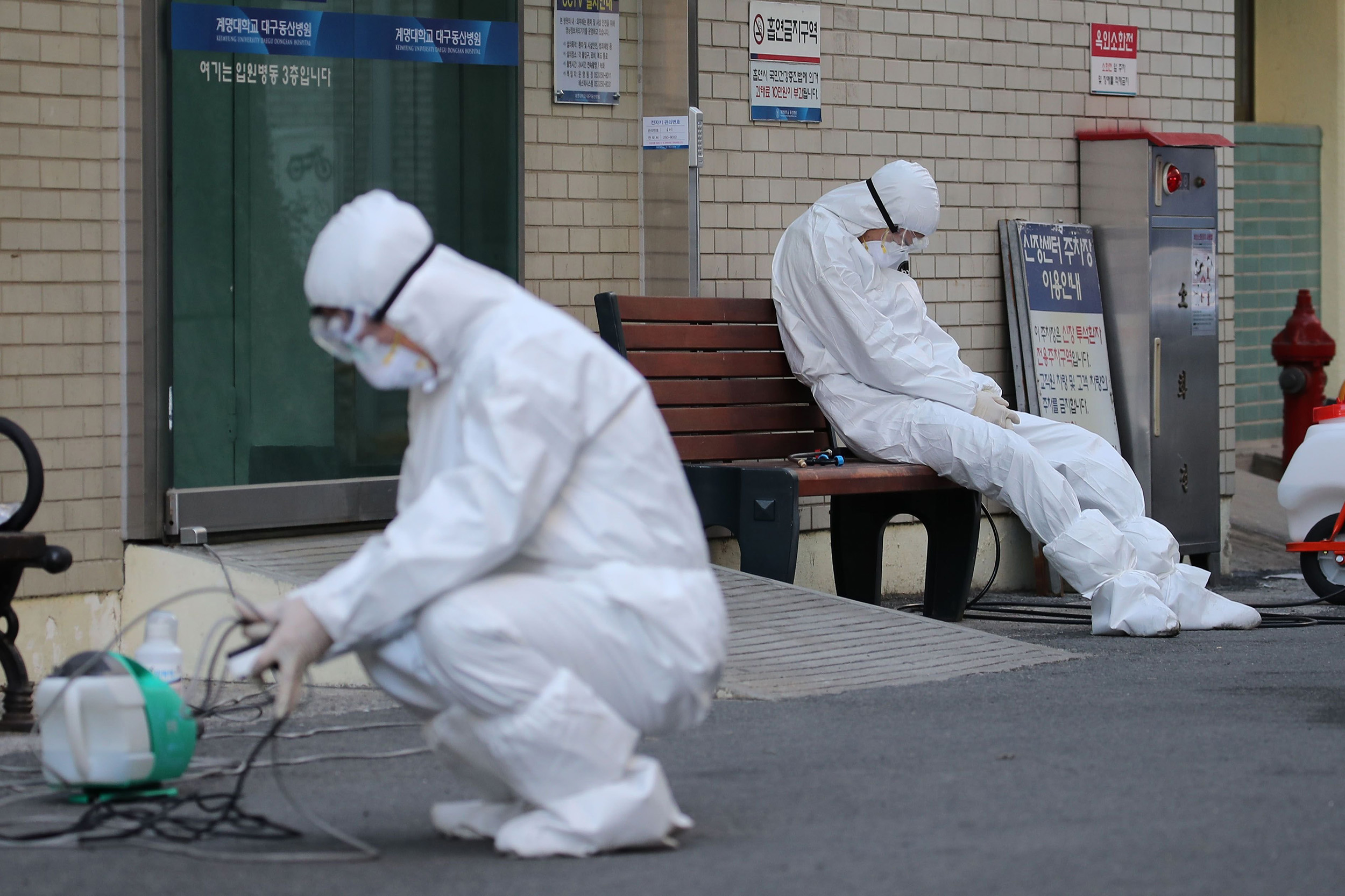 Everybody trusts virologists, emergency doctors and biologists to tell us what to do more than politicians who don’t know anything about the virus. The peak has not been reached, but hospitals are already at breaking point.

In the Haut-Rhin area, they must choose which patients can be admitted to the intensive care unit: war medicine, as in Italy…

Hospitals lack everything. They rely on the dedication of exhausted personnel who multiply on-call services: if a carer is ill, there is no one to replace them. And providing beds for the sick is a headache when, for years, the administration has been closing beds and cutting jobs. We see the result.

For childcare, one parent out of two is allowed to be put on sick leave. Again, this measure will not cost companies much, since Social Security will pay the daily allowance.

As for workers with a precarious status – temporary workers, fixed-term contract workers, seasonal workers, self-employed workers – there is no provision for them. Muriel Pénicaud has simply postponed the new unemployment benefit reform, which would have been catastrophic for the unemployed. Fortunately!

To rescue the bosses, rulers are not sparing anything. In Germany, €550 billion – far more than the annual state budget – have been promised: corporations can apply for credits without any upward limit. The US central bank is going as high as €670 billion in an attempt to prevent another stock market crash. In France, the Public Investment Bank guarantees loans to all companies that apply for them. And the government is allowing businesses to postpone paying social security contributions and taxes without justification. Just a few days ago, government and bosses were making a big deal about a few billions in pension fund deficits predicted to occur several years from now… When it comes to rescuing companies, the State is less reluctant to spend money, especially since we will foot the bill! Just like after 2008.

The government has closed all the shops that are “not essential to the life of the country”. For medicines or pasta, we understand. But the government refrains from taking restrictive measures towards the industry and the bosses in general. Muriel Pénicaud thus “urged” companies not to lay off workers, insisting that short-time working would cost them nothing.

And, if PSA and Michelin have just announced the closure of their sites, it is as much because the supply of parts is failing in the current situation as to comply with the general recommendations of containment. But Renault still hasn’t – and why is car production essential to the country?

What guarantees for workers?

The government must force companies to pay full wages to all workers forced to stay at home. This includes all workers on fixed-term or temporary contracts. Not a single worker should lose his or her job: dismissals must be banned immediately.

There is an urgent need to redirect the (lost) funds put in corporate tax credits toward public services, starting with hospitals: more than ever, the demand of health care workers for a monthly €300 raise and a massive hiring plan must be met.

We must stop all production that is not vital – car manufacturing, construction, aeronautics, logistics not intended for food and health, etc.

We must not only extend the winter ban on evictions, but also decree the possibility for tenants to obtain “on request, without justification” (as for deferrals of employers’ taxes and contributions) a deferral of the payment of rents and rental charges, even if the State takes charge of the loss of income for the less fortunate landlords (such as workers who have arranged to have a home to rent to finance their retirement).