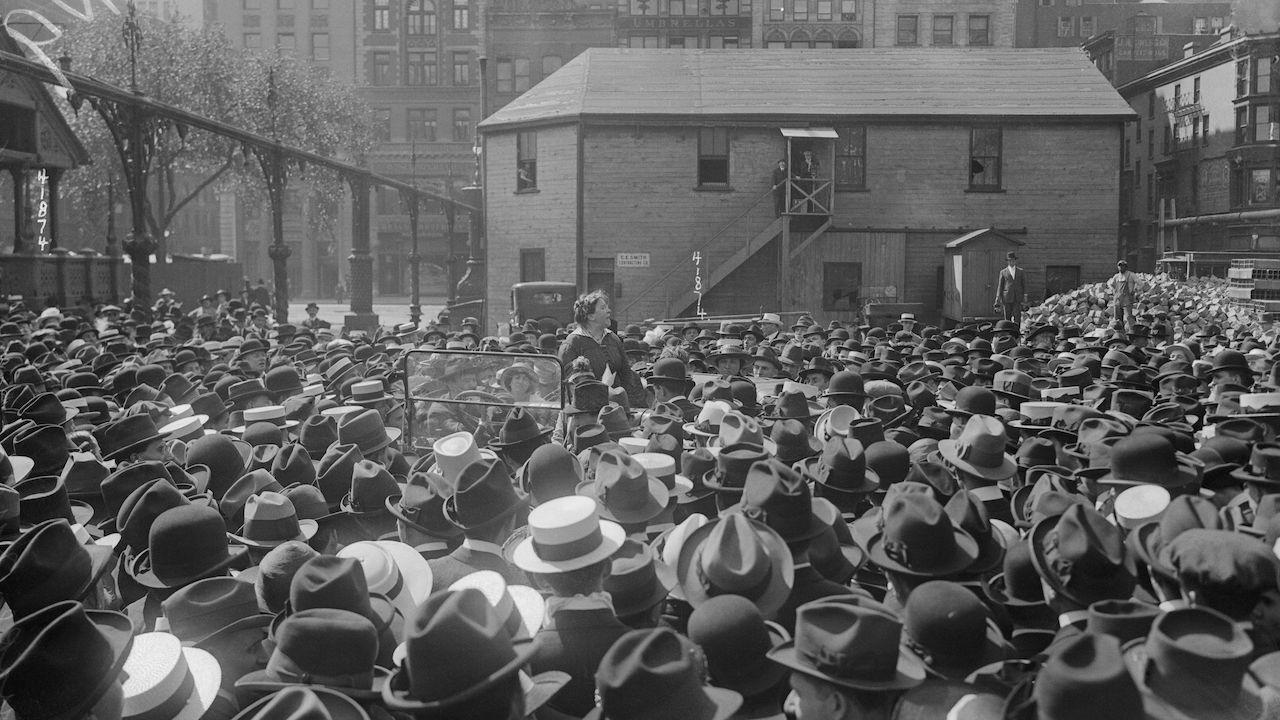 On the Fourth of July, the politicians and the corporate media will celebrate their version of the past. It will again be marked by calls for patriotism, and it will be used to justify U.S. policies of domination around the globe — at least that’s how those in power like to use this holiday.

For the rest of us, at least those of us who get the day off of work, the Fourth of July is often just another day to spend time with our families, perhaps BBQ, and if we’re lucky, we get to see some fireworks. But it’s difficult not to notice the enormous push for patriotism, nationalism, and flag waving that happens on this day.

We reprint excerpts from a speech in San Francisco in 1908 by Emma Goldman, an anarchist activist and writer, who addresses the simple question, “what is patriotism?”

What is patriotism? Is it love of one’s birthplace, the place of childhood’s recollections and hopes, dreams and aspirations?

“Patriotism, sir, is the last resort of scoundrels,” said Dr. Johnson [Dr. Samuel Johnson is an English writer, who lived from 1709 to 1784]. Leo Tolstoy, the greatest anti-patriot of our times, defines patriotism as the principle that will justify the training of wholesale murderers; a trade that requires better equipment for the exercise of man-killing than the making of such necessities of life as shoes, clothing, and houses; a trade that guarantees better returns and greater glory than that of the average workingman. …

Indeed, conceit, arrogance, and egotism are the essentials of patriotism. Let me illustrate. Patriotism assumes that our globe is divided into little spots, each one surrounded by an iron gate. Those who have had the fortune of being born on some particular spot, consider themselves better, nobler, grander, more intelligent than the living beings inhabiting any other spot. It is, therefore, the duty of everyone living on that chosen spot to fight, kill, and die in the attempt to impose his superiority upon all the others.

The inhabitants of the other spots reason in like manner, of course, with the result that, from early infancy, the mind of the child is poisoned with blood-curdling stories about the Germans, the French, the Italians, Russians, etc.
When the child has reached manhood, he is thoroughly saturated with the belief that he is chosen by the Lord himself to defend his country against the attack or invasion of any foreigner. It is for that purpose that we are clamoring for a greater army and navy, more battleships and ammunition.

We Americans claim to be a peace-loving people. We hate bloodshed; we are opposed to violence. Yet we go into spasms of joy over the possibility of projecting dynamite bombs from flying machines upon helpless citizens. Our hearts swell with pride at the thought that America is becoming the most powerful nation on earth, and that it will eventually plant her iron foot on the necks of all other nations. Such is the logic of patriotism . . . .

Thinking men and women the world over are beginning to realize that patriotism is too narrow and limited a conception to meet the necessities of our time. The centralization of power has brought into being an international feeling of solidarity among the oppressed nations of the world; a solidarity which represents a greater harmony of interests between the workingman of America and his brothers abroad than between the American miner and his exploiting compatriot; a solidarity which fears not foreign invasion, because it is bringing all the workers to the point when they will say to their masters, “Go and do your own killing. We have done it long enough for you!”