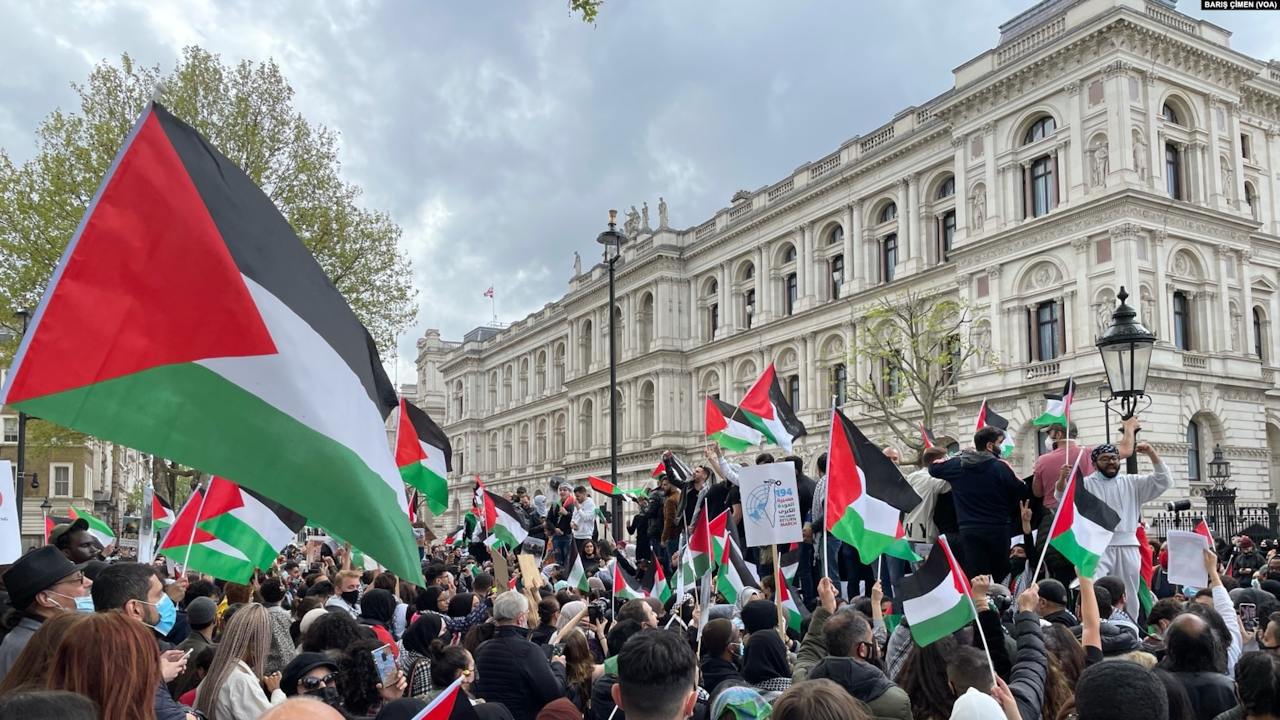 For about a month, there have been attacks by Israeli police on Palestinians in Jerusalem gathering for celebrations of the Muslim holy month of Ramadan. On Sunday, March 9, East Jerusalem, a part of that ancient city in what is traditionally Palestine, has exploded in violence. Israeli settlers in the neighborhood of Sheikh Jarrah, with the help of the Israeli military, undertook a major attack on the Palestinian inhabitants. This neighborhood, located next to the famous Al-Aqsa mosque in Jerusalem, has been the target of Israeli settler attacks for years. They see taking over Sheikh Jarrah as a step towards tearing down the Al-Aqsa mosque to rebuild the Temple of David in biblical prophecy. Alongside this attack, the Israeli military launched a raid on the Al-Aqsa mosque itself, wounding dozens of Palestinian worshipers.

These clashes in Jerusalem, instigated by settlers and the Israeli military prompted a response from Hamas, the Palestinian party that controls the Gaza strip section of the occupied territories. Hundreds of rockets, shot from Gaza, have come raining down on Israel. The violence is caused by the Israeli military occupation of Palestine. The latest explosion is being instigated by the Israeli government to further extend its control over the Palestinian territory and expel Palestinians from Jerusalem. The Israeli government’s policy is a bid to maintain power in the hands of Israel’s president Benjamin Netanyahu, a strong-man authoritarian politician on the model of Vladimir Putin or Donald Trump.

The state of Israel, founded in 1948, has been a force of violence in the Middle East for over half a century. Israel’s foundation was based on the ethnic-cleansing of Palestine. A million Palestinians were expelled from their land. Since 1948, Israel has fought wars against every one of the surrounding countries and taken their territory. In 1967, Israel took control of the West Bank, Gaza Strip, and East Jerusalem, where the current conflict was sparked. In the Gaza Strip, conditions are particularly harsh. In Gaza, around two million people live together in the space of 141 square miles. To add insult to injury, the Israeli government supports the policy of settlements – building Israeli cities inside of the occupied Palestinians’ territories. The U.S. government, whether in the hands of the Democrats or the Republicans, has supported Israel in all of this, with an average of $3.1 billion in military aid every year. Joe Biden’s administration is no different. Biden refused to remove the U.S. embassy that Trump provocatively relocated to Jerusalem, a move that signaled U.S. support for Israeli control of the city. Now, in the face of Israeli military occupation and settler violence, Biden has announced his support, saying “Israel has a right to defend itself.”

Benjamin Netanyahu – The Corrupt Strong Man with Blood on His Hands

Benjamin Netanyahu, leader of the right-wing Likud party, has ruled Israel since 2009. Like most Israeli presidents, he was a military officer, taking part in Israel’s attacks on the Palestinians and the surrounding countries as part of Israel’s special forces. Netanyahu is a political operator, like Vladimir Putin in Russia, who has been able to manipulate and control the political situation to stay in power for over a decade in spite of Israel’s elections. His government rests on the support of the growing body of extremist Israeli settlers who today, in spite of their illegal settlements, are supported and subsidized by the Israeli government. The settlers, nearly 500,000 in the West Bank, and 200,000 in East Jerusalem, represent almost 10% of the Israeli electorate.

In recent years, however, Netanyahu has faced criminal investigation for receiving bribes, and personally enriching himself and his friends with lucrative state contracts. Netanyahu has had trouble retaining power, unable to form a sufficiently strong political coalition in the Knesset, the Israeli parliament. As a consequence, Israel has had four elections, and with Netanyahu unable to form a coalition, is due for a sixth since 2019. Netanyahu needs support in this election, and one way to get it is to instigate another war against the Palestinians in the occupied territories.

This isn’t the first time Netanyahu and other right-wing Israeli politicians have used violence to shore up their support in an election. In 2000, prime minister Ariel Sharon provocatively visited the Al-Aqsa mosque, to receive the support of the settlers who want to see it torn down. This incident sparked a massive rebellion in Palestine, the second or Al-Aqsa intifada (uprising). The Israeli military killed more than 3,000 Palestinians in the violence that followed. With the intifada raging, Sharon became president and ruled in Israel from 2001 to 2006. In 2014, Netanyahu instigated an invasion of Gaza that killed over 2,000 Palestinians including 547 children. In 2015, Netanyahu’s party won the election by five percent of the vote. Political scientists who have studied the question have shown that attacks by Israel against the Palestinians, especially if they are followed by a response like the rockets from Gaza, result in a six percent increase in votes for the Israeli right wing in the Knesset.

Rockets or Mass Mobilization – Which Way Forward for the Palestinians?

The media has focused on the rockets from Gaza, which have begun to hit cities deep in Israel. In fact, these rockets are more of a show of weakness than strength on the part of the ruling Palestinian Hamas party. Hamas, an Islamist political party, has ruled Gaza since 2006. Having shown that they have no solution to the occupation, they have used a weak military response to Israeli attacks in order to retain credibility with their own population. If they did nothing, they would face massive condemnation from their own people. Hamas speaks in the language of Islam, but represents a Palestinian elite that has no perspective or solution other than to govern the prison-like region that Israel has constructed for them.

At the same time, a new resistance has grown up. In 2018-2019, Palestinians in Gaza marched to the wall that encloses their territory in a show of mass civil disobedience. Every Friday, at least 10,000 demonstrators marched into gunfire from Israeli snipers in a show of defiance and an appeal to the world to take notice. One hundred ten demonstrators lost their lives in these demonstrations. This mobilization, though it seemed to achieve nothing, touched the hearts of people around the world and inspired a deep sympathy… and showed a way for ordinary people to stand up for their dignity, even if they risked their lives.

Are Palestinians Awakening to Their Power?

Today in Israel, 20% of the population is Palestinian! These are the people who never left their land, in spite of the Israeli state that grew up around them, or who found themselves within the borders of Israel as it expanded. Two million Palestinians in Israel live in conditions reminiscent of those that Black people in the U.S. South faced before the Civil Rights movement of the 1960s. Segregated communities with separate roads, school systems, electrical grids, sewer and water systems, and limited legal rights keep Palestinians under Israeli rule in a state of second-class citizenship at best. These people, especially the young Palestinians who grew up during the horrible wars of the last 20 years, have taken to the streets in the thousands.

What Prospects for Palestinians?

Today, the Palestinians in Israel’s territory have a power and a possibility that may change everything. They are workers who do the hardest and most degrading jobs in Israel. They are the night shift in hospitals, the construction workers, the kitchen staff, the janitors, and the poor in general. They have a power to disrupt Israel from the inside and get the Israeli boot off of their brothers’ and sisters’ necks in the occupied territories. They have the possibility to say to Israel’s poor and working class, “This apartheid occupation must end! We need a new society with respect for all!” Even if they receive no answer from Israeli workers, infected by racism, they could inspire and rally the poor and working class of the Middle East who look to Palestine as a symbol of resistance. Only a total transformation of the Middle East, overthrowing its corrupt governments, and putting the working class and poor in charge, can solve the immense and bloody problems in the region. Perhaps Palestinians are awakening to the immense possibilities their struggle holds. Regardless, working people and all oppressed people should stand with the struggle of the Palestinians, unconditionally!