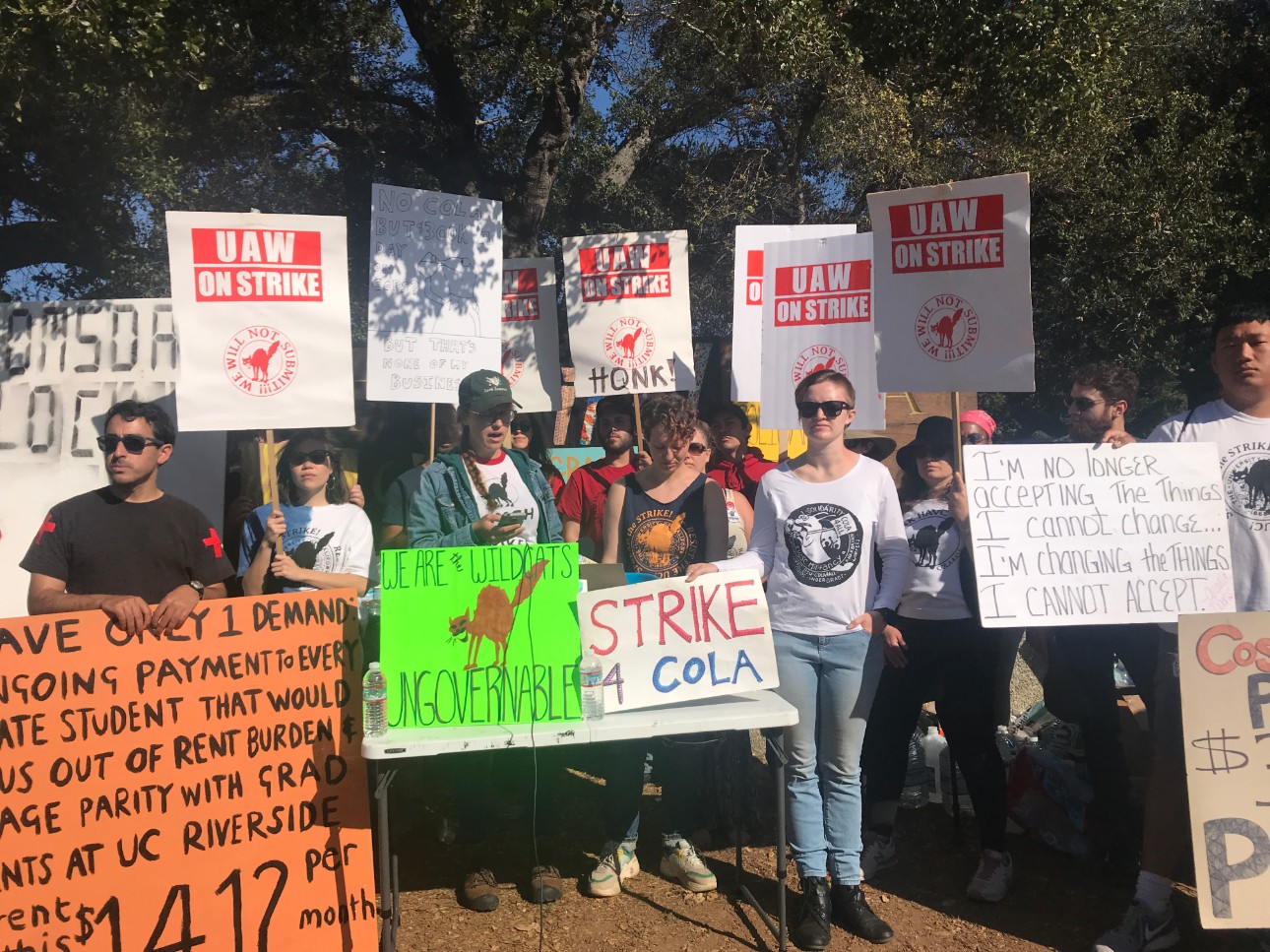 Graduate students at U.C. Santa Cruz (UCSC) are on strike from teaching for the second week in a row, with the support of undergraduates. They are fighting for a cost of living adjustment (COLA) that would lift the burden of sky-high rents. This is a wildcat strike, meaning a strike without the formal authorization of their union, UC Student-Workers Union (UAW Local 2865).

Dozens of police from all over the state were brought in to stop the strike. Executive Vice Chancellor Lori Kletzer stated herself that the cost of police presence was $300,000 per day! By the end of last week, UCSC had spent an estimated $3,000,000 on police escalation, which would be enough to fund a COLA at $1412/month for 177 grad students for an entire year. Clearly, if they have money to send police from all around the state to beat up students, then they have money to pay for cost of living increases. However, they would prefer to set an example, and keep the wealth distributed just as it is now!

The pressure put on the U.C. by the grad students is starting to work, and it’s spreading to other campuses – U.C. Berkeley, U.C. Santa Barbara, and U.C. San Diego. The U.C. administration has now offered a $2500 stipend to graduate students in an attempt to end the strike. A victory for the grad students is on the horizon. This is where real power lies: in mobilizing our own forces, whether we are students at any level, or workers on the job or in our neighborhoods. If we only look to the politicians, our hopes will get negotiated away.