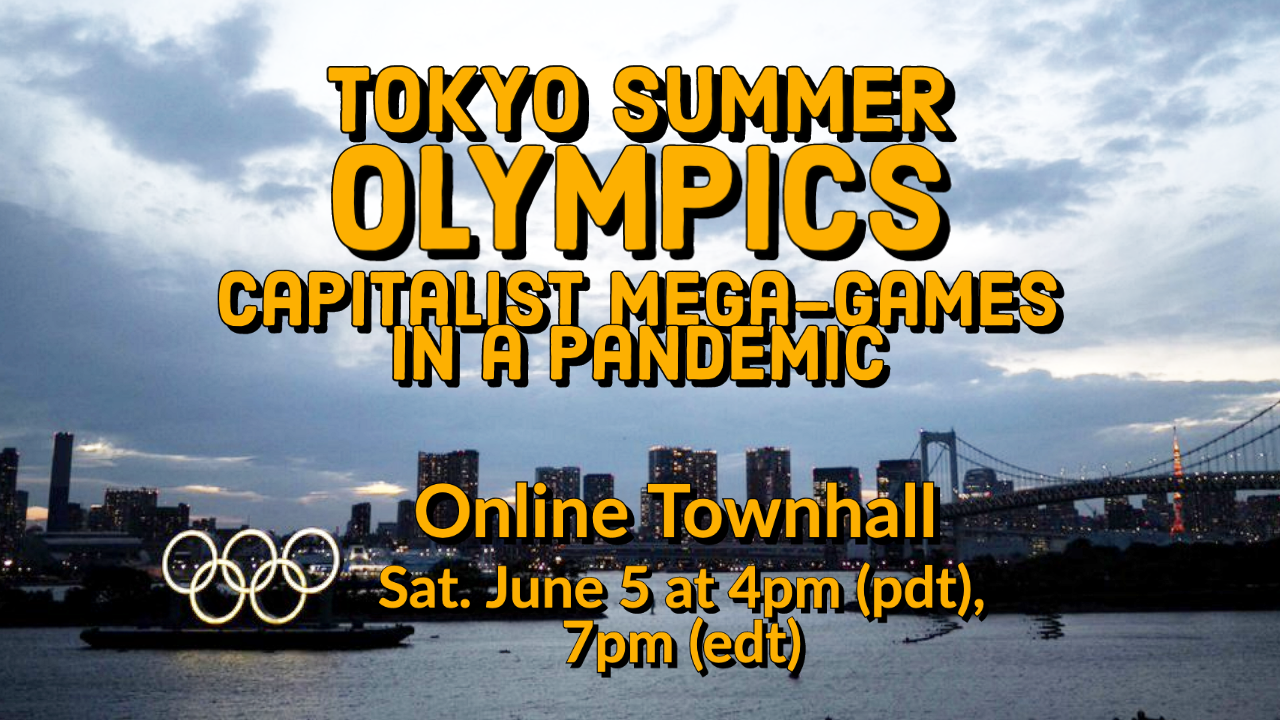 The Tokyo Summer Olympics: Capitalist Mega-Games in a Pandemic

Jules Boykoff will situate the upcoming Tokyo Summer Olympics in the wider political and economic history of the Olympics in the 21st century, and outline the central critiques that have emerged against the Olympics as well as the anti-Games activism that have popped up around the world to challenge the sporty behemoth.

Jules Boykoff, professor of political science at Pacific University in Oregon, is the author of several books on the Olympic Games, most recently NOlympians: Inside the Fight Against Capitalist Mega-Sports in Los Angeles, Tokyo, and Beyond (Fernwood 2020) and Power Games: A Political History of the Olympics (Verso 2016). His essays have appeared recently in places like The Nation, Red Pepper, the New York Times, and the Los Angeles Times. Previously, he was a professional soccer player who represented the US Olympic Team in international competition. On Twitter he’s @JulesBoykoff