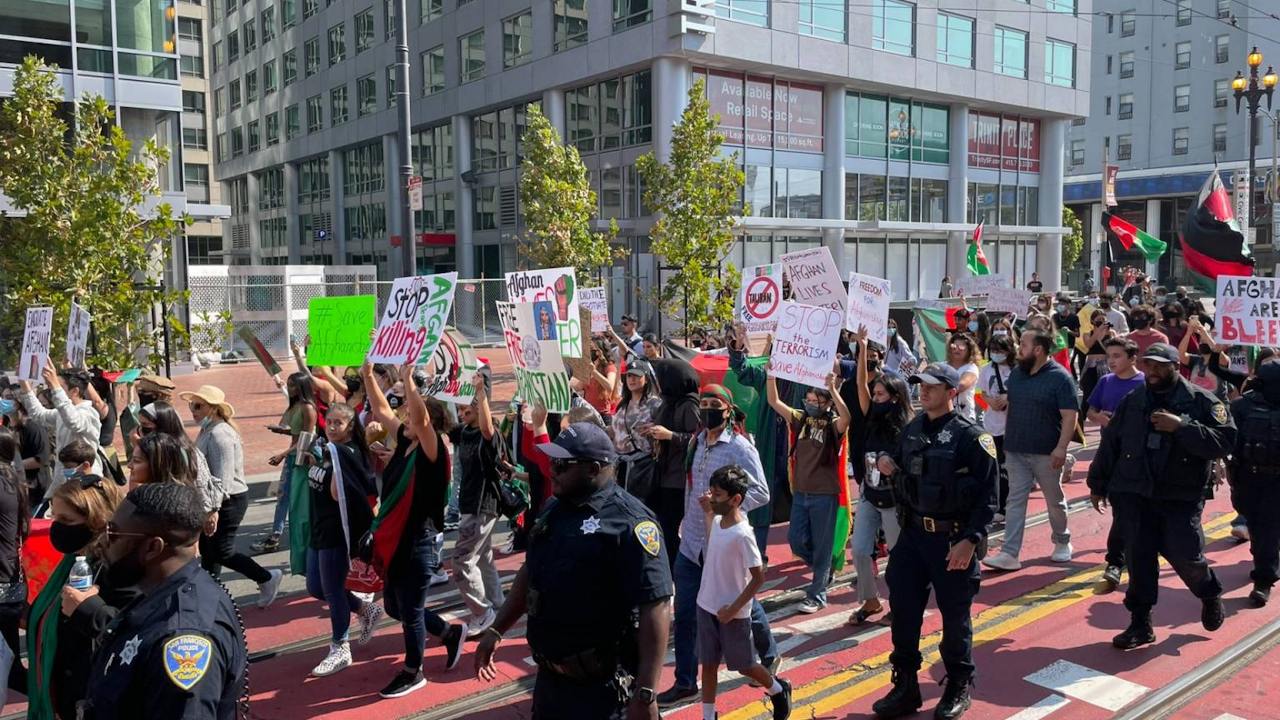 On Saturday August 28, 2,000 people gathered in the U.N. Plaza in San Francisco to stand in solidarity with the people of Afghanistan. Many of the protestors were from the Afghan diaspora, including students from UC Berkeley, UC Davis, and Sacramento State University. But there were also hundreds of other people, from all walks of life, who turned out to protest the brutality of the U.S.’s twenty-year war in Afghanistan.

The speakers – many of them children of Afghan immigrants – decried the lack of media attention to the plight of Afghan citizens, the brutal takeover and rule of the Taliban, and the role of U.S. imperialism in Afghanistan. It was U.S. funding and support that helped create the Mujahideen – the predecessors to the Taliban – and U.S. imperialism has brought death and destruction for millions of Afghan people.

Just on August 30, it was revealed that a missile strike against ISIS in Afghanistan actually murdered 10 civilians, mostly young children. In a sane society, this slaughter would be unimaginable – but now, it passes by with barely any comment by the mainstream media.

After the speakers finished, the protesters marched through San Francisco to Union Square. People kept up the energy with cheers, chants, and waving a sea of Afghan flags and signs in support of the people of Afghanistan. The fight against imperialism must continue.