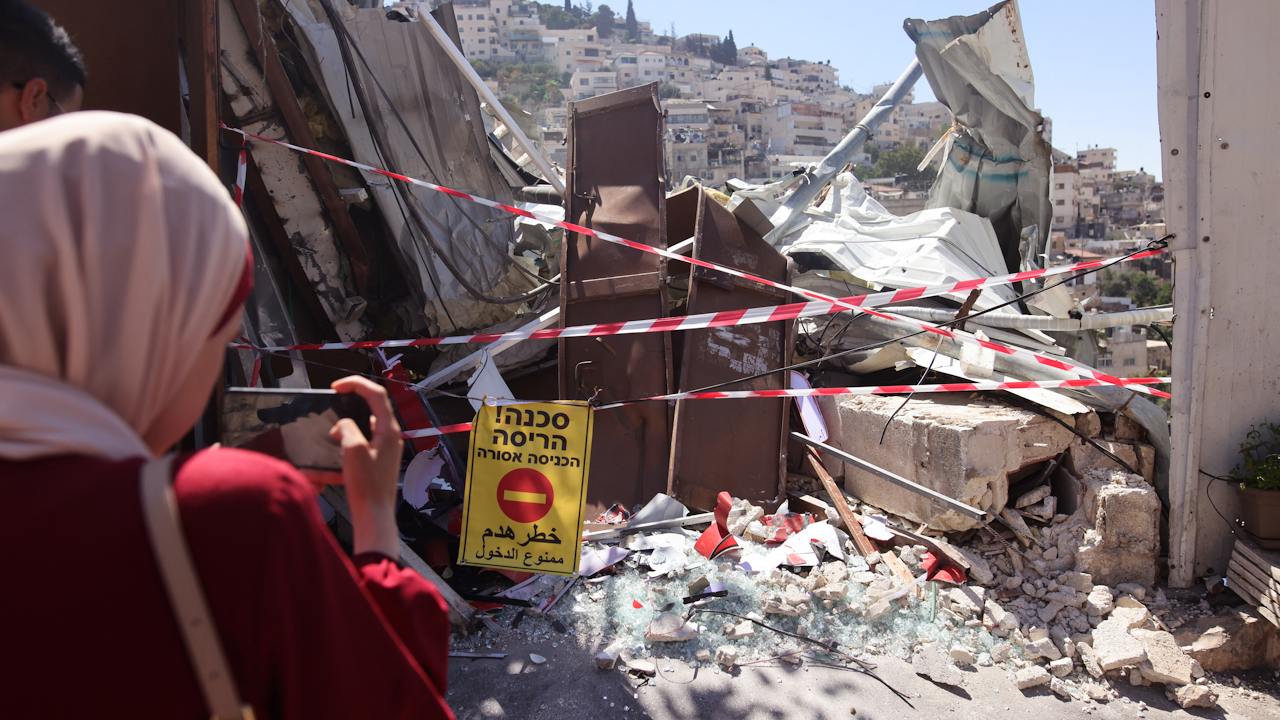 Last week, Israel began a new round of demolitions in the East Jerusalem neighborhood of Silwan, in order to make room for a religious tourist park. The Israeli government says that the houses designated for demolition were built illegally, that is, without a permit. But Palestinians almost never get building permits – even in their own neighborhoods where they have been living for generations. In December 2020, Palestinian residents of Silwan were given demolition orders from the city of Jerusalem. To add insult to injury, the Palestinians are expected to demolish their own homes. If they fail to do so by the deadline, the State of Israel does the job and then charges the victims a fee to cover demolition costs! The city of Jerusalem is now planning to demolish 70 properties in Silwan housing 1,500 Palestinians.

After the latest Israeli assault on Gaza in May 2021, the Biden Administration patted itself on the back for its support of the “ceasefire” between Israel and Hamas (the Palestinian organization that rules Gaza). The continuing demolition of homes and expansion of Israeli settlements on Palestinian land shows us what a “ceasefire” really means. The State of Israel continually uses armed force to dispossess Palestinians of their land and homes. But when this non-stop occupation meets with “too much” resistance from Palestinians, Israel retaliates with a military campaign that kills hundreds or even thousands of Palestinians. We then hear of a “ceasefire,” the world breathes a sigh of relief, and Palestine goes back to normal: Israel demolishes more homes and builds more settlements in the West Bank and East Jerusalem. Let us not be fooled by the so-called “ceasefire “ – the violent ethnic cleansing of Palestinians does not cease between the periodic assaults on Gaza.