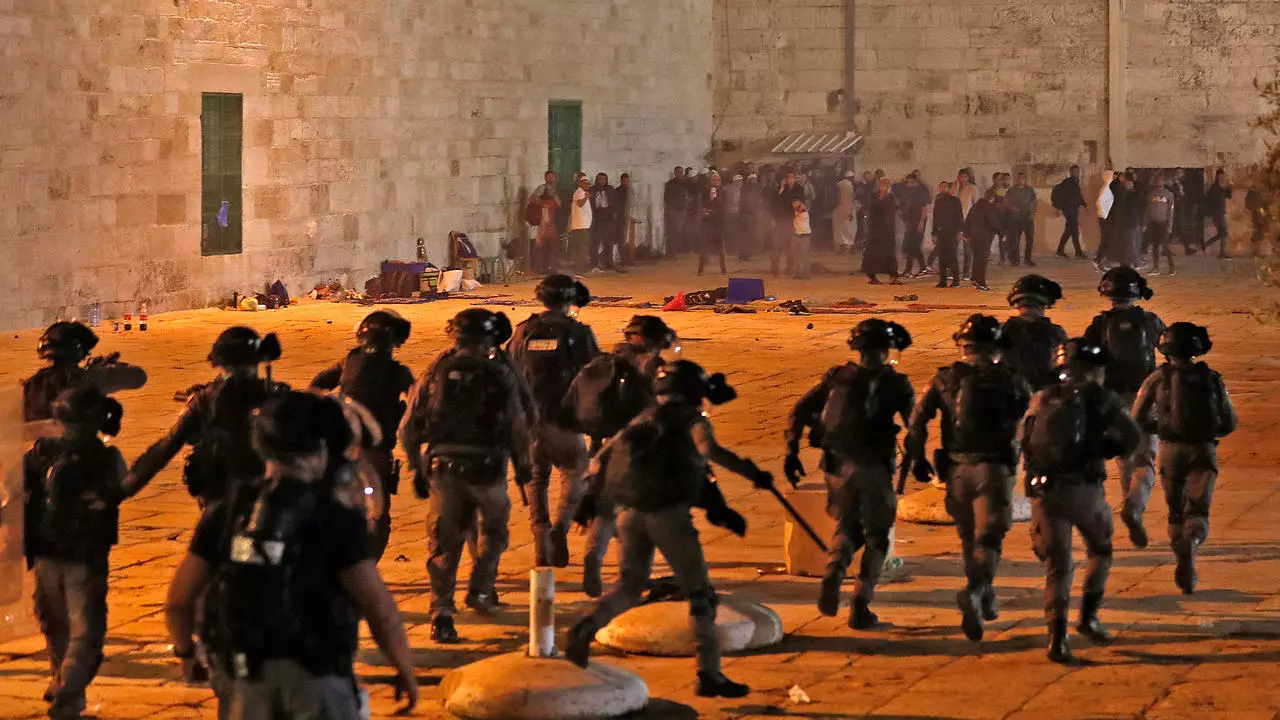 This article has been translated from the French in Convergences Revolutionnaires, a publication of Etincelle fraction of the NPA

Clashes between young Palestinian demonstrators and Israeli police continued in East Jerusalem and there is no indication that in the coming days things will subside. On the contrary. The celebration next Saturday of the “Day of the catastrophe” (the Nakba ), which commemorates the expulsion of 750,000 Palestinians from their lands and their homes during the creation of the State of Israel in 1948, also risks reviving the mobilization.

But over the past few days we have seen a growing number of young Arab Israelis taking a stand for their Palestinian brothers and sisters. These Israeli Arabs, who number around two million today and represent 20% of the population of the Zionist state, have always felt solidarity with Palestinians in the West Bank, Gaza, East Jerusalem or those languishing in the camps, as well as the refugees scattered throughout Arab countries. They are the descendants of the 15% of the original Palestinian population who remained in Israel after the Israeli-Arab war of 1948. But until then this solidarity was largely restrained or appeared only during elections, by the vote in favor of the Arab lists in the Knesset.

Today they are taking to the streets and demonstrating all over Israeli territory. This was the case in the north of the country, in Jisr A-Zarqa, Wadi Ara and Saint-Jean-d’Acre, in the center, in Jaffa, the Arab quarter of Tel Aviv and in the south in Beersheva, where several hundred young people gathered in front of Ben-Gurion University, in the south of the city.

The most serious incidents took place in Lod, a town near Tel Aviv which borders the international airport. Flights were temporarily suspended and authorities imposed a state of emergency, giving police even greater powers than they already had. In mini-riots, fights pitted Jews against Arabs, and a synagogue was set on fire.

This prompted the Head of State, President Reuven Rivlin, to declare: “The pogrom scenes in Lod and the unrest across the country from a bloodthirsty Arab mob, injuring people, damaging property and even attacking sacred Jewish places are unforgivable. ” Some officials have even compared the Lod violence to Kristallnacht, a pogrom organized by the Nazis against the Jews on the night of November 9 to 10, 1938 throughout Germany, in which hundreds of stores belonging to Jews were vandalized.

This is classic Zionist rhetoric that aims to compare Arab Israelis and other Palestinians to the Nazis to portray the crackdown by the Israeli police and military as mere measures of self-defense and survival.

But why do the Arabs of the Jewish state – who are full citizens on paper, just like their fellow Jews – come to revolt and take to the streets?

Because, in fact, they have always been considered second-class citizens. They are discriminated against in hiring and housing. Their schools are underfunded compared to Jewish schools, they are only granted building permits sparingly (while Jews have no difficulty in obtaining them), their neighborhoods and villages are largely left to the poor, abandoned by the Israeli authorities, who, at the same time, invest billions in the new Jewish quarters of the settlements.

In total, there are around fifty laws in Israel that discriminate against non-Jews in general, and Arabs in particular. And things have only gotten worse over the years.

A situation which made Thabet Abou Rass, one of the spokespersons of the Arab community in Israel and an active member of the pacifist organization A Land for All, say: “There’s a systematic expulsion of Arab society in Israel, and we have reached a boiling point”.

And the explosion that is happening now is just the culmination of a process that began with the very birth of Israel.