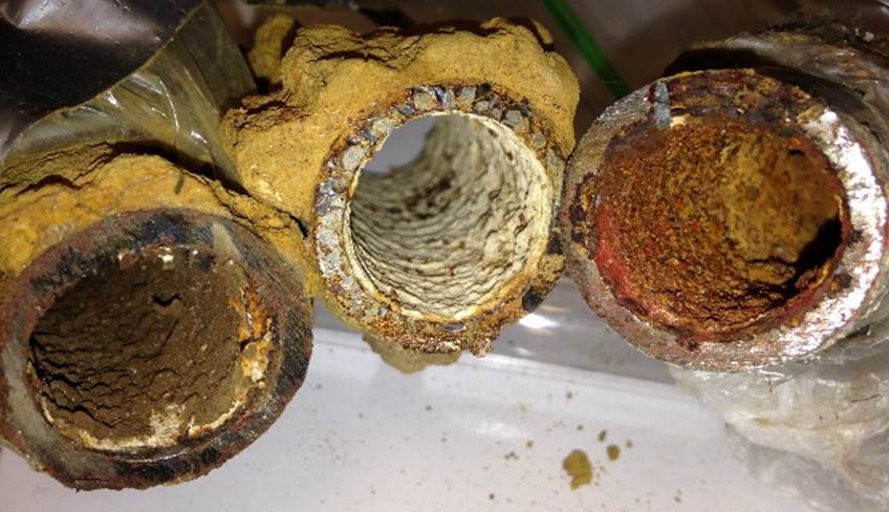 For nearly 50 years the city of Flint received its water from the Detroit water system, which supplies drinking water to most of southeastern Michigan. The state-appointed Emergency Manager decided to cut costs and get water from a source that was not prepared to deliver at the time. In the meantime the city was to get its water from the Flint River.

City residents complained immediately about the disgusting brown water. Children were getting rashes, peoples’ hair was falling out and illnesses, including Legionnaires Disease were reported.

Everyone involved, from the Federal EPA (Environmental Protection Agency) to the state and local water and health agencies ignored them, saying the water would clear up. It couldn’t. The Flint River is so polluted that huge amounts of chlorine are needed to kill the bacteria, which also creates health problems. In addition they didn’t add phosphates to the water that coats the pipes. The chlorine ate away at the coating and the lead in the pipes or pipe joints leached into the water.

The manager of the General Motors engine plant complained – the water was corroding the engines. The plant was reconnected to the good water. But the people of Flint continued to be poisoned.

Flint is one of a growing number of “sacrifice zones” in the U.S. These sacrifice zones are nothing new. They are places that have been used up and sacrificed to the profiteering of the big corporations. In the past they were mostly in rural areas – the coalfields of Appalachia, the mines of the west and southwest. The people who lived and worked there were sacrificed along with the land.

With the changes in the economy, urban areas have been sacrificed. Large industries have deserted the cities, leaving a wasteland. They no longer have any use for the people who worked, producing billions of dollars of profits. People’s health and safety was always sacrificed in the steel mills and auto plants as a cost of production, but there was always the hope of moving away. Now people are trapped. They can’t move. They have no money; they live in wastelands, with no jobs, no food stores, crumbling schools and now, not even safe water.

Flint is one of those cities – the home of G.M., where tens of thousands of people once worked. Now it’s a city of poor people. About 57 percent of Flint’s 99,000 residents are black, and more than 40 percent of the people in the city live below the poverty line. This is why the politicians at the state and national level believed they could ignore the ongoing crime that was taking place.

The Democrats point at the criminal activity of the Republican governor. But there are plenty of Michigan Democrats at the state and Federal level who knew, and the EPA knew, they ALL knew. Just like they have known about the murderous policies of their police in cities across the country.

Those who control this system have shown that our lives don’t matter to them, especially Black lives. But across the country, people in Flint, Ferguson, Baltimore, New York, San Francisco and many other places are saying their lives DO matter. And it is beginning to make a difference. Police can no longer expect to have their crimes go unnoticed.

That is a start. Regardless of the attacks we are facing, we all have to stand up and refuse to have our lives sacrificed for the profiteering 1%. We are the only ones who can defend ourselves.

Speak Out Now – Revolutionary University March 12th and 13th To change the world, we need to understand it. Two days of presentations and discussions on some of the important problems that we face today.