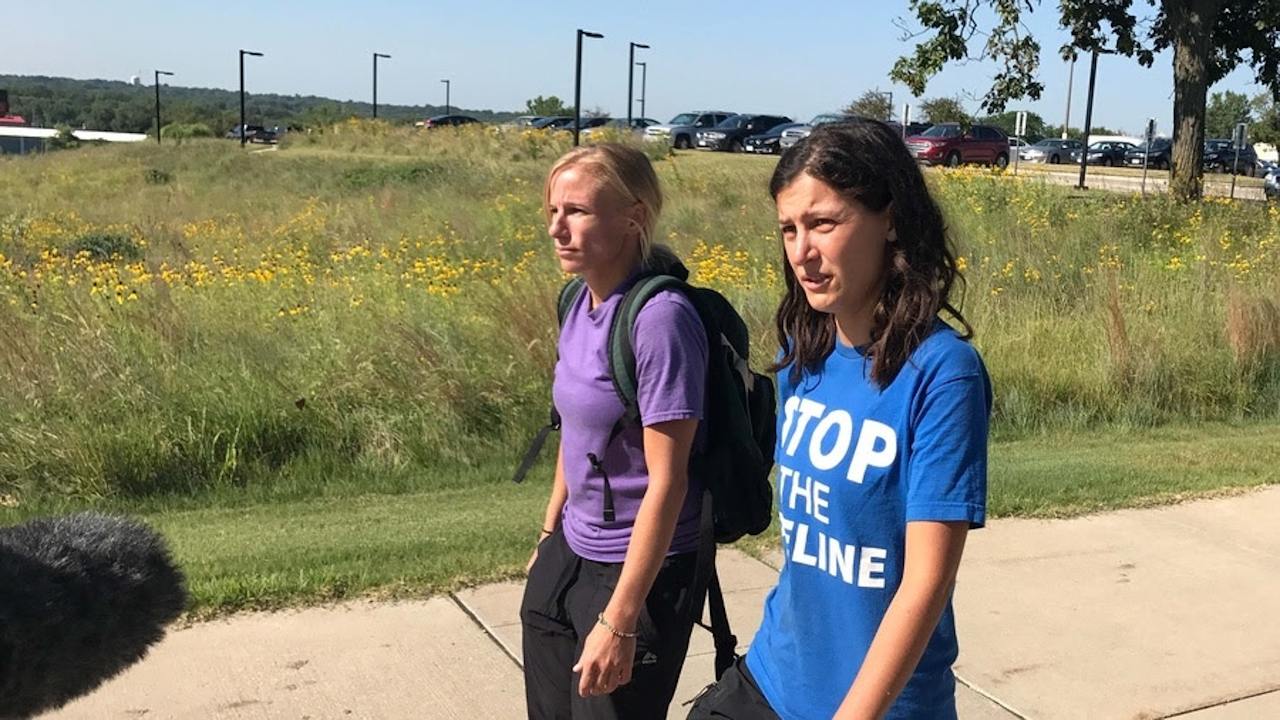 On June 30, Jessica Reznicek, an environmental activist from Des Moines, Iowa, was sentenced in federal court as a domestic terrorist. Her sentence is eight years in prison, with an additional three years of supervised probation. Along with this she must pay restitution of over $3 million to Energy Transfer LLC, the company that owns the Dakota Access pipeline.

Her “crime”? She attempted to sabotage the construction of the Dakota Access pipeline. In 2019 she and Ruby Montoya, another environmental activist, set fire to heavy construction equipment at a pipeline worksite in Buena Vista County, Iowa. In the following months the two women used torches and other means to burn equipment and damage pipeline valves to prevent it from carrying oil that, when burned, would release over 100 million metric tons of CO2 to the atmosphere each year. This is the equivalent of about 30 coal-fired power plants or more than 21 million cars.

Was the board of directors of Energy Transfer LLC “terrorized” by this action? As terrorized as the refugees who are fleeing drought in Central America, or those who fled fires this year across the globe? How about the people who died trapped in their basements in New Jersey this September in the wake of Hurricane Ida?

These claims of environmental terrorism became legally real when, in 2017, the American Legislative Exchange Council (ALEC) introduced the first legislation that was used as a model, increasing penalties for anyone who interfered with oil industry operations. Since
then, Iowa and at least seven other states have passed related anti-protest laws designed to stifle dissent and repress activists.

That oil companies have managed to get legislation passed that brands environmental activists protecting our water and atmosphere as “terrorists” while they continue to literally destroy life on this planet – causing real global terror – shows the true nature of our government and the interests it protects. And this at a time when President Biden claims to have climate as his top priority.

Not only is Jessica Reznicek not a terrorist, she is a hero. Rather than backing down in the face of intimidation, we all need to understand the need for us to do away with a government that is firmly in the hands of the oil companies and step up our activism as never before!

For Jessica, a petition is being circulated on the Action Network right now to call for the repeal of this sentence. It’s the least we can do. And we need to do much more in her name.

To sign the petition, and read more about Jessica and her fight against the pipeline, click here: https://actionnetwork.org/petitions/protecting-water-is-never-terrorism-repeal-jessica-rezniceks-terrorist-enhancement