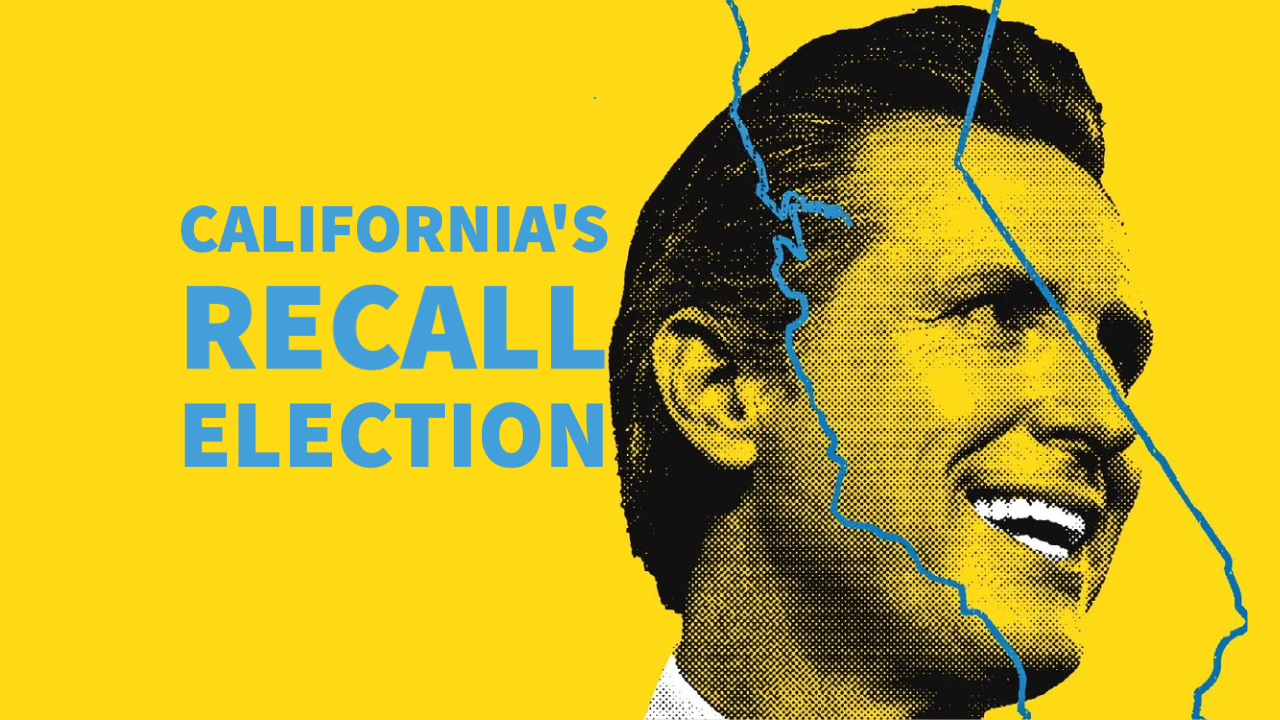 The main organizers behind the effort to recall Governor Newsom in California want us to believe that this is a grassroots effort, motivated by the outrage of ordinary people at the Governor’s handling of the state and the pandemic.

None of that is true. The recall effort — everything from filing the petition, gathering the signatures, and funding the main Republican candidates — has mainly come from super wealthy corporate donors, and the far-right of the Republican Party.

The lead initial organizer of the recall campaign is Orrin Heatlie, a retired Yolo County sheriff’s sergeant, whose group the California Patriot Coalition filed the petition to get the recall underway. Their early rallies to promote the recall were mainly supported by the far-right group the Proud Boys, and anti-vaccination activists. Their main messaging around the recall has been a racist attack on immigrants. In a 2019 Facebook post, Heatlie wrote, “Microchip all illegal immigrants. It works! Just ask animal control.”

Even some of the official language on the ballot in support of the recall continues this racist messaging, claiming Newsom “refuses to enforce immigration laws” and “favors foreign nationals … over our own citizens.”

The Republican front-runner in the recall election, is a Black conservative talk show host named Larry Elder. He’s known for denying that there is systemic racism against Black people, and spewing anti-immigrant racism on his show. He has also been a long-time mentor of Trump’s racist and staunchly anti-immigrant advisor Stephen Miller.

A lot of the support and funding for this recall has come from major Republican donors, some outside of California, like Newt Gingrich, who gave 100,000 dollars to the recall effort. It has been promoted all over Fox News and Newsmax, two key Republican-dominated news outlets. The Republican party has tried to use it as another rallying cry for their base across the country, and as another way to stir up more instability in the state.

This is happening while other prominent Republican politicians across the country are ramming through all sorts of legislation aimed at voter suppression. As of May 14, 2021, legislators had introduced 389 bills aimed at restricting voters in 48 states. These are laws that Republicans see as a means to suppress voters in Democratic-leaning areas, especially Black voters and others whom they consider to be the base of the Democratic Party. Some of the laws make voter disqualification easier, or restrict the number of voting locations in majority Democrat and low-income neighborhoods, or they would allow officials to refuse to certify election results, something that Trump was trying to do as he was frantically attempting to contest the 2020 election.

This recall in California has to be seen as another one of these strategies. Even though Newsom was elected by a huge margin in 2019, receiving nearly three million more votes than the Republican opponent, he could be recalled by a tiny minority of the population. For the recall to go through, only a simple majority of those who vote have to vote “yes” on the recall, with no minimum number of votes required. And if the yes votes win, of the 46 different candidates running, whoever gets the most votes would be the new Governor. If the recall passes, the new Governor could be elected by a tiny fraction of the population. If that’s not a way to suppress the votes of those in the 2019 election, then nothing is.

At the same time, the national Democratic Party has thrown its weight and money behind keeping Newsom in office. And just like the Republicans, Newsom’s team is funded mainly by huge corporate donations as well. They have raised over $58.4 million for Newsom.

The truth is, there are plenty of reasons to oust Newsom. His continued support of the utility company PG&E which has been responsible for many of the enormous wildfires in the state. Newsom has never tried to mobilize the resources of the state to expand fire suppression efforts. Or his administration’s continued failure to address the ongoing drought as they attempt to blame it on individual household water use. Or his failed policies in reopening schools more safely, especially as ICU-bed capacity in the state has fallen below 10% for several days now. Or his cuts to public workers’ wages during the pandemic. Or his administration’s utter lack of public health education and outreach around vaccines and the pandemic. Or his continued support of the wealthiest members in the state at the expense of ordinary working people. The list could go on and on. In fact, there isn’t a single politician in this country that shouldn’t be recalled given the current disaster we find ourselves in.

But that is not what this recall election is about. This is not a democratic effort by regular people organizing to oust a Governor and create a new governing body that actually represents our interests. We still have a lot of work to do to organize towards something like that.

This recall is an effort by right-wing forces to undermine people’s democratic rights and try to install another Republican lackey who will continue to carry out the far-right agenda of the Republican party.

Voting “No” on this recall is not an endorsement of the failures of Gavin Newson and the Democrats, but it is one way to oppose this right-wing effort of the Republican party in California to undermine people’s democratic rights.

Mechanics and Teachers are on the Streets