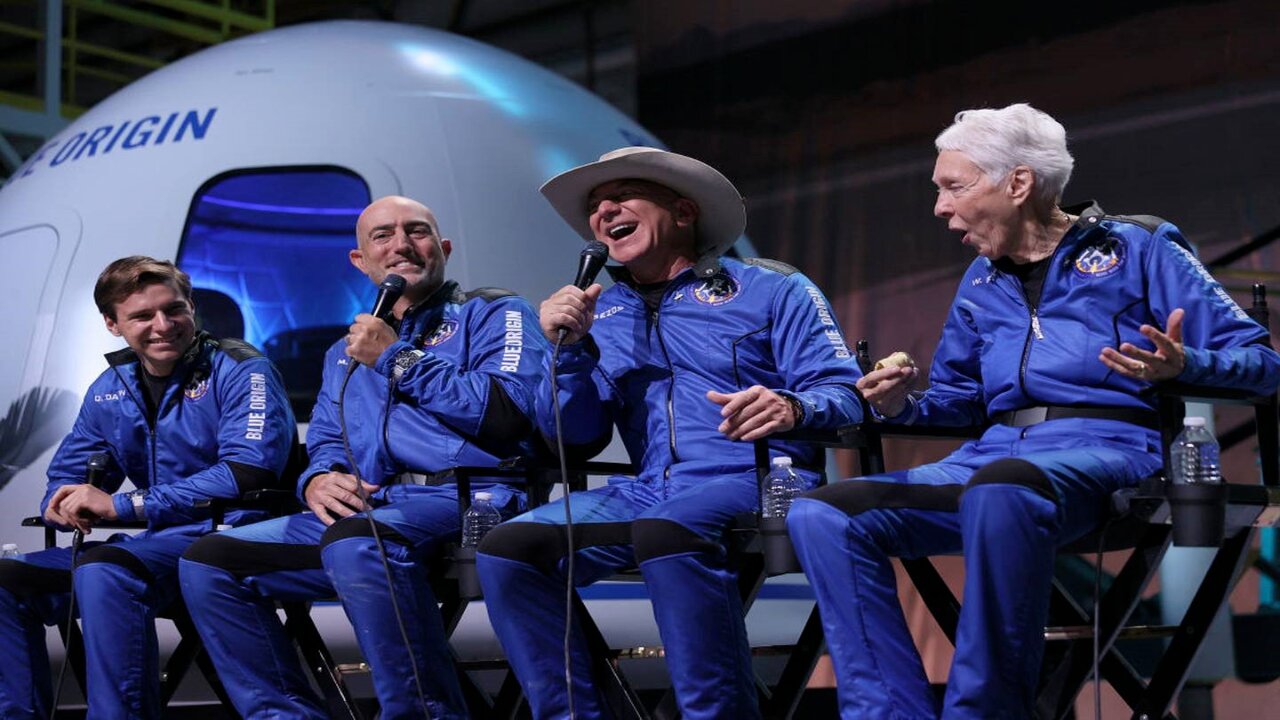 Immediately after Amazon founder Jeff Bezos descended from his brief visit to space last month, he held a press conference in which he inadvertently told us how disconnected he is from the urgent reality that we and our world face.

He said “We’re going to build a road to space, so that our kids and their kids can build a future.  And we need to do that…we need to do that to solve the problems here on earth.”  He then went on to imply that by building space tourism, it will somehow enable us to save our planet.

He never actually explained how the road to space would help build a future for our children, or how space tourism will help solve problems here on earth. We know that if they really wanted to save our planet, Bezos and other capitalists, like Elon Musk of Tesla who also had his own spaceflight in July, could immediately throw all their resources into the creation of a completely carbon-free, sustainable economy.  They could do it today, without delay, with things like solar and wind power, electric transportation, and ending industrial carbon emissions.

But they won’t, because they are masters of the system they’ve helped create and sustain, and to attack the environmental crisis head on would mean attacking and tearing down the very economic system – capitalism – that they rule.  Instead they play games with multi-million dollar space flights and press conferences that build up their own already inflated egos, while making confusing statements designed to make us believe they actually care about us and our environment.  In reality, it’s just another business venture to increase their stock prices and their wealth.

This episode reminds us of what we should already know: we can’t rely on the billionaires to save us.  They cannot and will not do what needs to be done.

We need to remove Bezos and others like him from their positions of power.  Only then can we ourselves begin to solve our problems here on Earth.