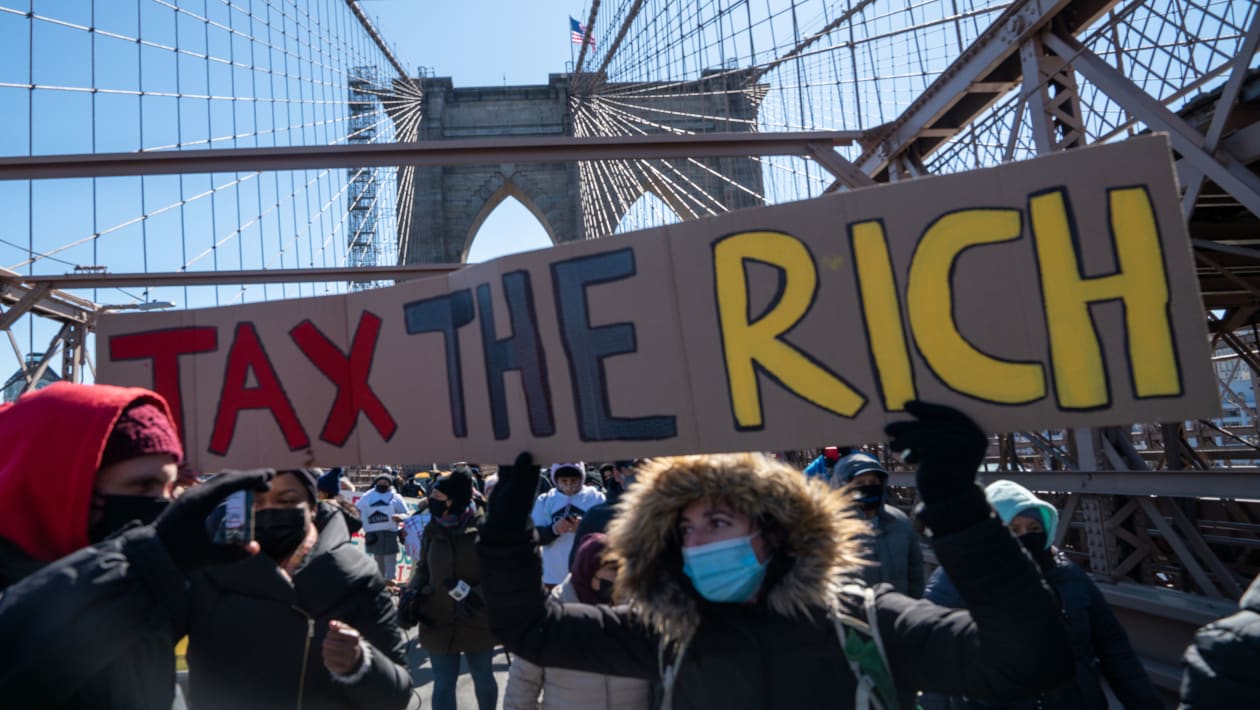 Most Americans live paycheck to paycheck, accumulate little to no wealth and pay taxes. A family with a median income of $70,000 per year pays an average tax rate of 14% per year. But the big capitalists live in a different world. As their wealth expands, their effective tax rates decline. For example, Jeff Bezos paid zero taxes in 2007 and 2011, even though he was already a billionaire. Elon Musk also paid zero taxes in 2018. Carl Icahn, George Soros, and others have also gone entire years without paying any income tax, even though they are some of the wealthiest people on the planet.  The billionaire who paid the least of all is Warren Buffet, whose wealth increased by $24 billion in 2014-2018 while paying only $23 million in taxes.  That means he paid a tax rate of only 0.1%.

Although it’s not a surprise that big corporations and the wealthy evade taxes, a new report last week detailed how some of these billionaires rig the system to work in their favor.  The report found that although the richest 25 people in the US saw their collective worth rise $401 billion between 2014 to 2018, they paid only $13.6 billion in federal income taxes in those five years. While that seems like a large sum, it amounts to a tax rate of only 3.4%. Most of these tax evasion schemes are perfectly legal. The billionaires are simply playing by the rules that they created for their own benefit. They don’t record most of their earned wealth as income (such as stock buybacks and dividends), they declare losses into the future, and they hire expensive law firms to exploit many tax loopholes.

Merely increasing income taxes a few percentage points, as Biden proposes or implementing bigger wealth and inheritance taxes as Democrats like Warren and Sanders advocate for will do little or nothing to stop the ultra-wealthy from getting wealthier. To put a stop to this we need to get rid of the class-based capitalist economy that has dominated our world for the last few hundred years.

The media representatives of the capitalists love to remind us that the top 1% pay 40% of the federal taxes, while taking in 20% of the overall income. This makes it seem like they are huge benefactors who take on most of the burden of taxes for our benefit. This way of presenting things ignores the extent of the robbery they commit in the first place. The richest people in the world do not work – they own companies, real estate and other assets. Their wealth is our labor. It is meaningless to applaud how much taxes they pay without first acknowledging how much wealth they steal (legally of course – since they made the laws). Even when the tax rates on the rich were much higher (in the years after WWII), most of the wealth they stole from us remained in their hands. The bottom line is that the rich get richer and more powerful as the capitalist system continues to expand.

And how do the big capitalists use their power as “captains of industry”? They pursue profits at all costs, pushing billions of people into greater poverty and destroying the environment with their polluting corporations, driving humanity towards extinction. Our capitalist rulers are not just thieves, they are deadly parasites.

It is time to rid ourselves of the capitalists who are literally working us to death. Only workers can organize to create a society without exploitation – a society run by the workers themselves. 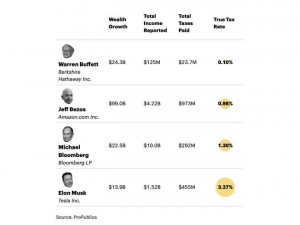 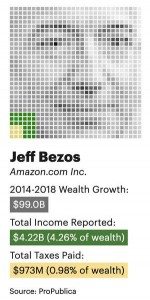