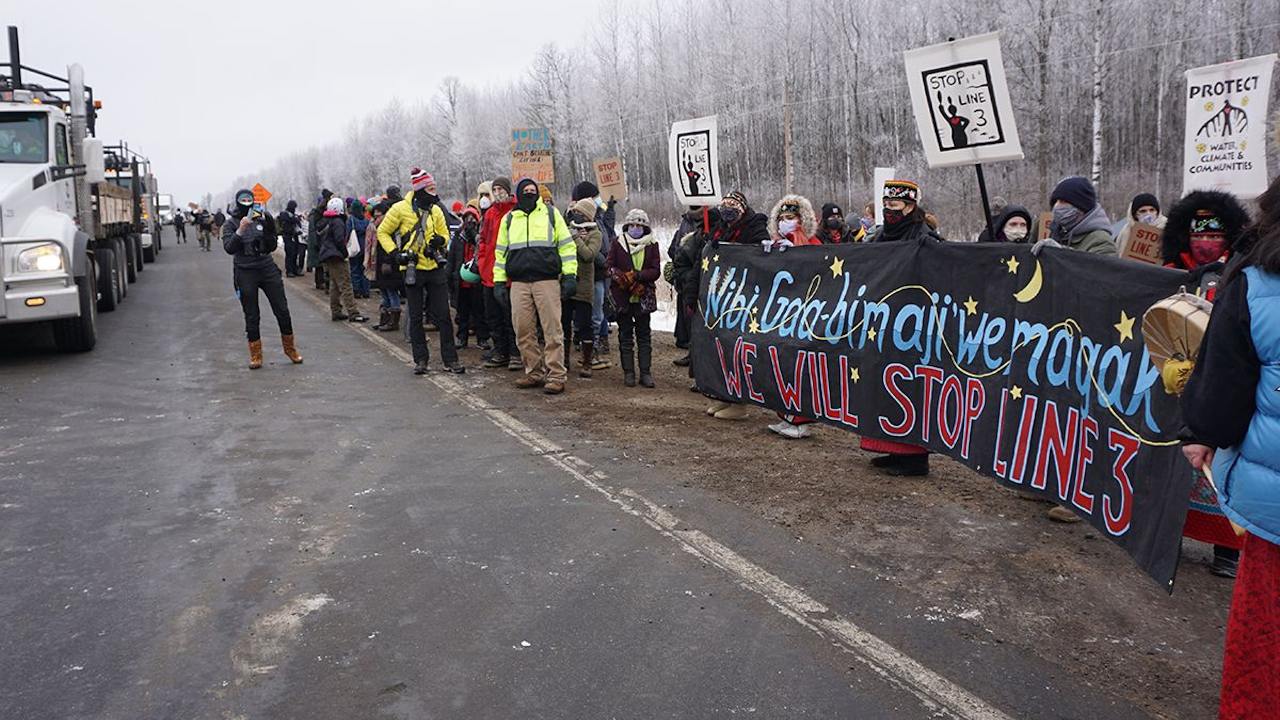 Indigenous Minnesotans and environmental activists have called for support for a Treaty People Gathering, from June 5th through 8th, which they hope will be the beginning of mass resistance to a planned pipeline that will force President Biden to use his powers to stop its construction. The event is called the Treaty People Gathering because the Anishinaabe people of northern Minnesota have a treaty with the federal government which will be violated by the construction of the Line 3 pipeline through their land and, in some places, under major rivers that irrigate their farmland and provide their fresh water.

While Enbridge is doing the usual glossy corporate public relations to show why the project is good for everybody involved, the reality is obviously quite different. Not only is indigenous territory under attack, and not only does the production of oil and its transport regularly spill into sensitive natural areas, but the building of any new pipeline or oil production facility is simply tying us further to the earth-destroying fossil fuel economy that we needed to get off of decades ago.

The struggle against Line #3 in Minnesota is part of the larger struggle to win freedom for all colonized and oppressed people and to save our planet from the destructive forces of capitalism. We can’t rely on President Biden or any other politician or party to save the day. Only the mass movement of thousands, tens of thousands and more can stop the completion of this pipeline and others like it. As the Anishinaabe people and their allies in the Midwest fight this battle, let’s support them while at the same time building our forces where we are for the even larger struggles to come.