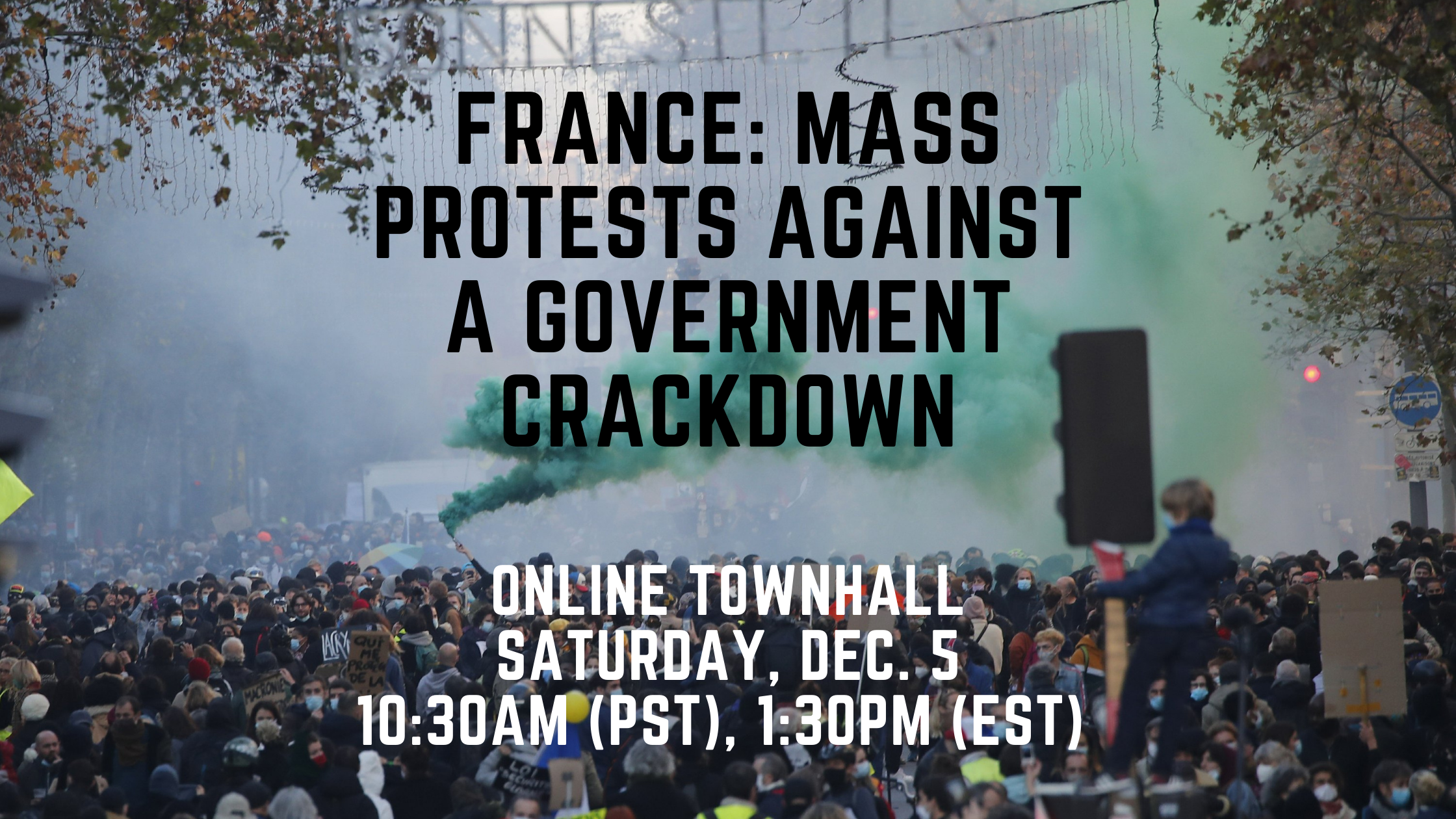 The French government recently passed a new “security law” that forbids the release of footage showing police violence. Days later French cops were caught on film viciously beating young migrant refugees and destroying their tents in Paris. And then footage was released of French cops beating a Black music producer in Paris just for exiting his car without a mask on. And now, similar to events in the U.S. following the murder of George Floyd, the result in France has been an upsurge against the new “security law” and a series of demonstrations that are rocking the country. French activists with the Fraction L’Etincelle in the NPA (New Anti-capitalist Party) will join us to discuss these events.