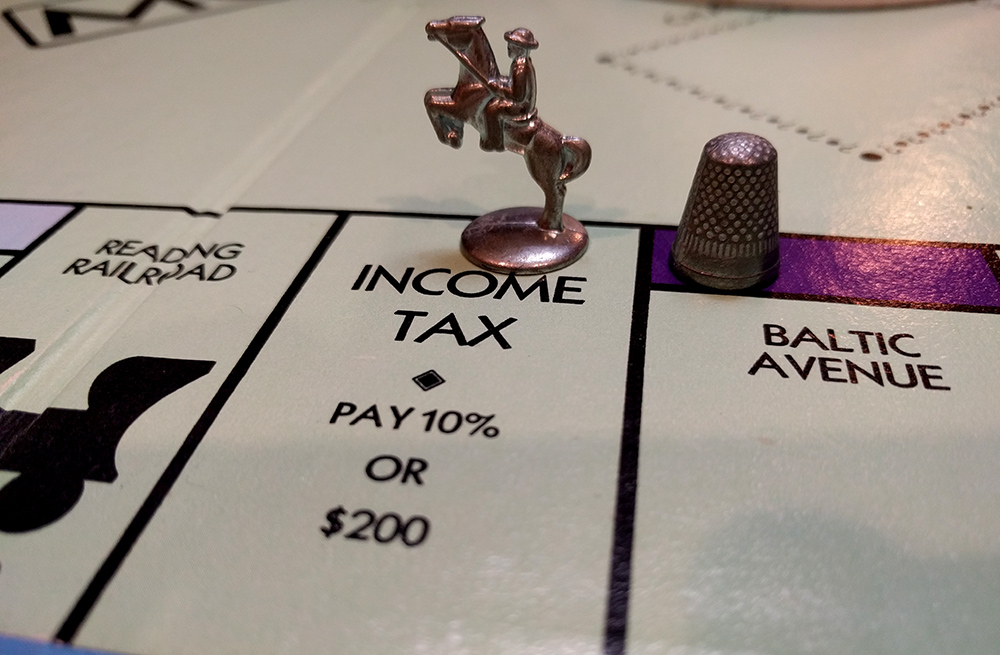 April 15 is approaching and that means it is a dreadful time of year for most workers. For most of us filing a tax return is nothing but a headache, a time when we see how much money was taken from us. Some of us hate filing taxes so much we will even wait until just before the midnight deadline to file or even later.

Where’d I put the W2s? What forms do I file? Which online tax site should I use? Should I do standard or itemized deductions? This year everything is even more confusing than normal. Many new changes to the tax code have led to many workers going from usually getting a refund to owing a lot of money. In some cases it’s because too little money was withheld from our checks. In other cases it’s because the new changes eliminated many deductions that used to be available to us. The tax code is a confusing maze that is designed for the rich who pay lawyers and accountants to use the system to their own advantage.

The richest Americans have all sorts of ways to reduce their taxes. Last year they received a massive gift from the Trump administration with a corporate tax cut from 35% to 21% – totaling about $2.6 trillion dollars in savings. But even without that, corporations and their super rich owners already use offshore tax havens to either hide their money or tax it at far lower rates. For example, Ireland has a low corporate tax rate of 12.5%, and so U.S. companies report more profits in Ireland than they do in China, Japan, Germany, France and Mexico combined.

An estimated $9 trillion dollars in U.S. wealth is hidden in offshore tax havens, paying zero dollars in U.S. taxes. If taxed at normal rates, that wealth alone would bring in an additional $3 trillion in tax revenue – enough to wipe out all student debt and credit card debt; to pay for an additional 54 million teachers each year, or cover all of the health care costs of every American each year.

And what is it that we are paying for? For every dollar in taxes we pay this year, about 54 cents will be spent on the military, war, government agencies, and to pay the interest on past military debt. But only 42 cents for every dollar will be left to pay for any of the services we actually need, services like education, health care, housing, social security that have all been cut.

Tax day is no different than how our society works all of the time. We do all the work, we generate all the wealth – but we don’t see any of the benefits. Everything that we want our taxes to be used for is being sacrificed while our money is handed over to corporations and the rich. Tax day is the day we are reminded who does all the work and who keeps all the money. No wonder we all hate it so much!