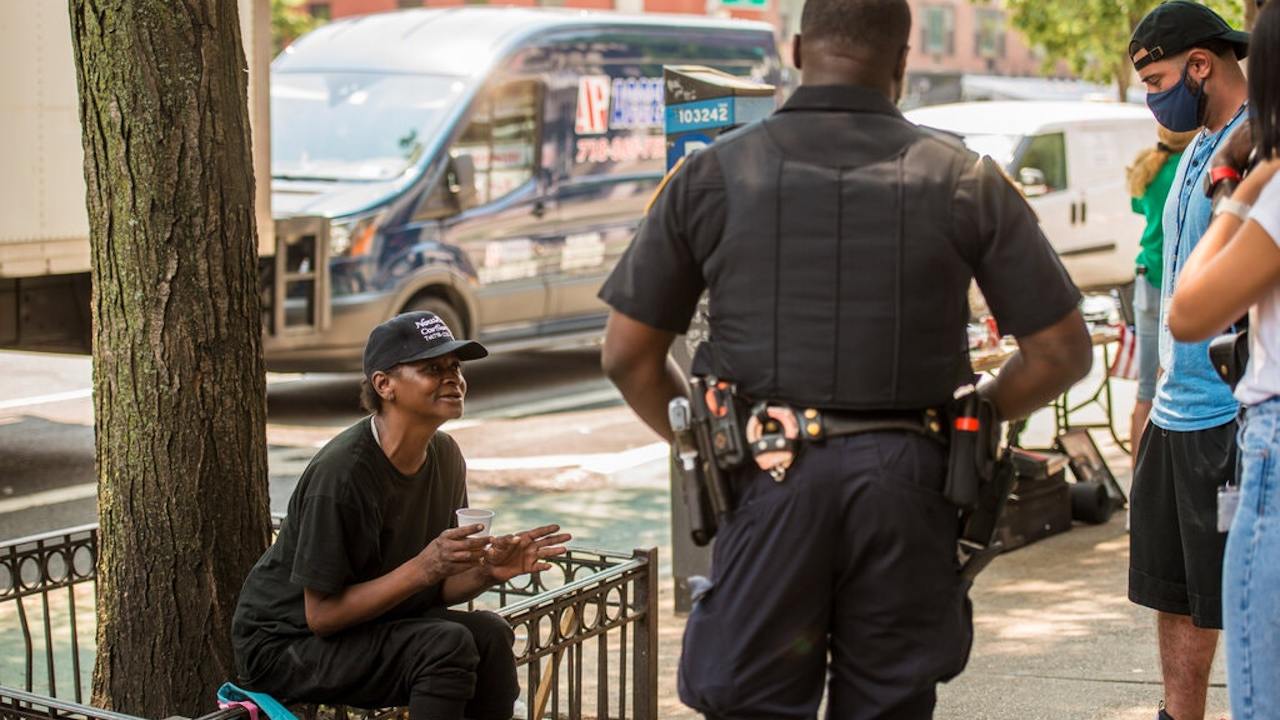 Throughout this summer New York City and Los Angeles officials have both focused their attention on homelessness – but not in a good way!

The two largest cities in the United States consistently have thousands of people sleeping on the streets every night. Both cities have publicly funded shelters, social service workers who do outreach to people without housing, and, during the pandemic, New York City even moved hundreds of people into hotels to decrease their likelihood of getting and spreading COVID.

But in recent months, as pandemic restrictions have been prematurely lifted, homeowners and businesses have complained about the presence of people living on the streets. This has led both cities’ governments to push people off the streets and into so-called shelters, sometimes by talking with them, sometimes by taking their things when they walk away for an hour, or sometimes through force by the police.

The simple answer is that in our capitalist world today, building and maintaining housing is a for-profit enterprise. Developers and property managers build and manage apartment buildings and houses to make a profit. And when they can charge thousands of dollars a month to rent an apartment, or make hundreds of thousands or millions by selling a condominium – as they regularly do in NYC and LA – they aren’t concerned with building housing for poor people. So, rents and home prices skyrocket, the city or region becomes unaffordable for millions of working-class people, and even the slightest loss of hours, health emergency, or family crisis can lead to loss of housing. Hence in two of the wealthiest cities on the planet, you will see signs on construction sites reading, “Luxury Condos Coming Soon!”, while only a few feet away someone is lying on the sidewalk.

Living without adequate housing isn’t individuals’ fault. It’s part of the system. We can’t look to quick fixes within the system. It’s the system itself that’s the problem. Until we decide that housing should be built and maintained for human need, rather than profit, we will not address the root of the problem.