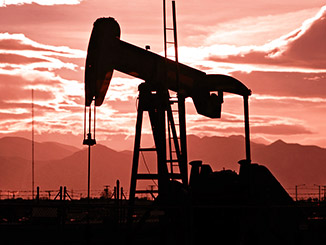 Hydraulic fracturing, also known as “fracking,” is a highly polluting process used to extract oil or natural gas trapped in rock formations deep underground. Fracking has destroyed water supplies, sickened people and animals, and disrupted life in towns across the U.S. and other countries. Yet energy companies continue to frack in their reckless drive for profits.

Methane and other substances released from fracking seep into nearby water supplies. In some places, methane gas is so concentrated in a community’s water supply that people can light the gas coming out of their water faucets on fire. A March 2018 article in Rolling Stone summarizes a report released by Concerned Health Professionals of New York and Physicians for Social Responsibility, revealing that “Residents living near an active site breathe air laced with carcinogens, including benzene and formaldehyde, and research has shown an increased risk of asthma, a decrease in infant health and worrisome effects on the development of a fetus, such as preterm births and birth defects.” Fracking and subsequent disposal of wastewater by injecting it deep underground can trigger earthquakes in areas that have been seismically stable for millions of years. Fracking wastewater spills contaminate surface water as well, further poisoning communities.

The composition of fracking chemicals to which communities are exposed are frequently claimed as “trade secrets” by oil and gas companies. The companies withhold essential information from researchers seeking to protect workers and residents from fracking toxins, and doctors seeking to treat illness caused by the damage fracking does to people and animals. In 2005, with the help of then-Vice President Dick Cheney, energy corporations colluded with Congress to change federal laws so that oil and gas companies could frack with impunity. The Energy Policy Act was passed, exempting fracking from restrictions in the Safe Drinking Water Act, the Clean Air Act, and the Clean Water Act. That has left energy companies free to poison the air and water supply without adequate federal oversight or restrictions.

Fracking is one of the fastest growing industries in the U.S. The driving force behind this growth is profit. But people are resisting the oil companies’ fracking drive. Moratoriums and bans have been put in place across the U.S., including the states of Maryland, Vermont, and New York, and cities including Los Angeles, Detroit, and Pittsburgh. Internationally, France, Ireland, and Germany, among others, have banned fracking. But an even bigger fight must be waged to ban fracking completely.

Fracking is a technique for extracting petroleum and natural gas deposited deep within layers of rock called “shale.” The oil and natural gas that has historically been extracted for profit is found in large deposits which have pooled in underground reservoirs over the course of millions of years. But the gas and oil in shale is locked up in small pockets within shale formations, and is much more difficult to access and extract.

Shale lies deep in the earth, requiring application of more advanced technology, as well as significantly greater resources and labor to extract for corporate profit and human consumption. Hydraulic fracturing, or “fracking,” was invented in 1947. After drilling into the shale, fracking begins with injecting a mix of water, chemicals, and sand deep into the ground, under pressure. Pressure opens fractures in the shale, and sand (or other “proppants”) keeps the fractures open as gas or oil flows up to the surface (the “head” of a fracking well).

Fracking wells use horizontal drilling in the shale layer, which allow gas to be captured from a larger area radiating out from a single vertical bore. However, shale wells have a limited productive lifespan compared to conventional oil fields, declining by 60-70% after the first year where traditional wells take two years to decline to 50-55% of their initial yields. Traditional wells continue to produce for twenty years or more compared to a 7-8 year average lifespan for shale wells.

In the film Promised Land, Matt Damon stars as the agent of a gas company, trying to convince the inhabitants of a small rural town to sell their mineral rights, promising “you could be a millionaire.” As in the film, the development of fracking appears like the promise of a new American dream to many in economically devastated regions of the U.S. An estimated 600,000 jobs today are linked directly or indirectly to fracking. But what is life really like for the people in fracking-impacted communities?

Boom Towns in a Busted Economy

When oil and gas companies show up in a community, their first order of business is to buy or rent the right to exploit the land from property owners. According to U.S. law, landowners possess rights to whatever lies below their property. Oil and gas companies are known for stopping at nothing to buy up those rights, using intimidation, lobbying, and corruption of local authorities when landowners refuse to let them drill.

As oil or gas extraction gets underway, workers swarm into the community, drawn by high-paying industry jobs and the need for housing and services to accommodate oil and gas workers. These boom town conditions tend to last only as long as the wells produce (and we’ve already noted that fracking wells have a dramatically shorter lifespan than those extracting oil and gas using traditional methods). Dramatic fluctuations in the price of oil and gas are another threat to the stability of boom town economies. “Roughly eight years ago,” according to a February 2016 article in the New York Times, filed out of Williston, North Dakota, “at the peak of the last recession, oil drilling began to transform these remote corners of the plains into an economic beacon, attracting billions of dollars in new investments and thousands of workers in search of good-paying jobs and an escape from America’s economic pain. But now, as oil prices have skidded to $30 a barrel, new drilling has dried up here, and the flood of wealth and workers is ebbing.”

Boom towns have serious downsides – even while they’re booming. Toxic chemicals, gas leaks, and particulate pollution take a human toll on people who live near the wells, and on the workers who are in the thick of it, building the well infrastructure, operating the drills, and driving the trucks.

According to a Food and Water Watch research brief released in August 2014, “At the site, workers can be exposed to volatile organic compounds, including benzene and toluene, as well as fugitive methane, which are often released during fracking and can mix with nitrogen oxide emissions from diesel-fueled vehicles and stationary equipment to form ground-level ozone. Workers can also be exposed to silica sand, which is often used in the fracking process, and is a known human carcinogen. Long term exposure to silica, a component that makes up as much as 99 percent of frac sand, increases the likelihood of developing silicosis, which damages lung tissue and inhibits lungs function. Breathing it can make a person more susceptible to tuberculosis and is also associated with autoimmune disorders and kidney disease.”

That same research brief explains that workers are “rarely compensated for any health problems they experience,” and “the everyday dangers of working on the site, such as precarious equipment and long hours of strenuous work” results in an “industry fatality rate that is 6.5 times the national average.”

The environmental and health consequences of fracking are constantly being revised as they are further studied and better understood. A massive (266-page) fifth edition of Compendium of Scientific, Medical, and Media Findings Demonstrating Risks and Harms of Fracking, compiled by Physicians for Social Responsibility and the Concerned Health Professionals of New York, was released in March 2018 and lists more than a dozen emerging trends in the understanding of how fracking affects people and our environment. These include:

Sorry for Your Loss – Enjoy the Pizza!

The scope of damages caused by fracking has provoked anger and resistance among affected communities. Local resolutions to limit fracking and disposal of fracking waste have been passed in New Jersey, New York, California, Colorado, Connecticut, Michigan, Florida, Illinois, Maryland, Ohio, Pennsylvania, North Carolina, Virginia, Texas, and more (Food and Water Watch maintains a list of local resolutions against fracking on their website). Oil giants are fiercely opposed to these resolutions, and have pressured state legislators and governors to override them, as happened in Texas in 2015. But at ground zero, the people whose lives and families have suffered or risk suffering the adverse effects of fracking, the fight is on.

The opposition to fracking is not limited to directly-affected communities. For example, in 2012 Yoko Ono and her son Sean Lennon organized Artists Against Fracking, a group of two hundred celebrities from Lady Gaga to Alec Baldwin, “over concerns about the impacts of fracking on water, air, and local communities in the State of New York.” The group acknowledges that their focus on New York is “a first step in a global effort.” Demonstrations across the United States and the world bring together activists, environmentalists, and young people revolted by and justifiably frightened of the consequences of fracking. Popular pressure has propelled measures restraining or banning fracking at state, local, and national levels.

Nothing New Under the Sun

The damages caused by fracking are not a novelty in the history of the energy industry under capitalism. In 2010 an oil platform exploded in the Gulf of Mexico. The “Deepwater Horizon” rig was owned by BP (formerly British Petroleum), and its explosion, fire, and sinking killed eleven workers and spilled more than 200,000,000 U.S. gallons of oil (4.9 million barrels) the ocean. The immediate consequences of this disaster were catastrophic, and researchers continue to learn and document more about the scope of its impact on marine life, the Gulf coast, and human communities.

Coal companies have been blowing the tops off of mountains since the 1960s to extract coal in the Appalachians. This process destroys forests, ruins rivers and streams that people and animals depend on for clean water, and decimates wildlife.

Nuclear power plants produce radioactive waste that no one knows how to store for the thousands of years it will remain lethal to human, animal, and plant life. Nuclear plant meltdowns pose massive risks to land, life, and communities, as the Chernobyl disaster of 1989 vividly and horrifically demonstrated.

The recent proliferation of fracking and its devastating and widespread consequences makes it a clear target for resistance. All workers and the entire human population are suffering and will continue to suffer as a result of oil companies’ negligent indifference to anything but profit. What right do the oil companies have to control natural resources when every choice they make poisons people and destroys our common environment? And what are we going to do about it?