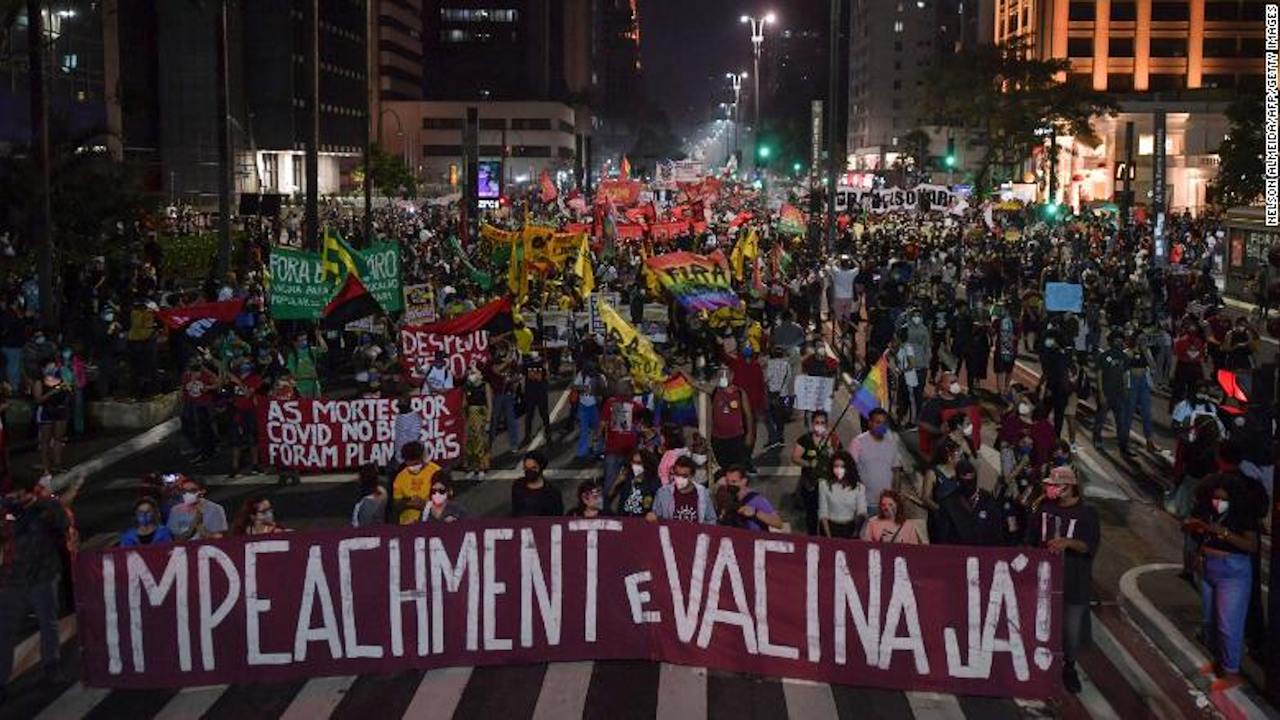 In another inspiring account of people’s revolt and anger, thousands took the streets March 29 to protest Bolsonaro’s murderous mishandling of the pandemic.

Jair Bolsonaro was elected on the promise of bringing “change” to the alleged corruption and violence associated with Lula’s Worker’s Party. However, as soon as Bolsonaro took office the promise of change turned out to be a special kind of violence. Since the pandemic started Bolsonaro has been the sponsor of the cruel elimination of almost a half a million people in Brazil, a country of 214 million. In the beginning he was known to have downplayed the virus by calling it a “little flu”. Even after studies claimed the virus was airborne, and death tolls kept rising across the world, Bolsonaro maintained his position – even to the extent of firing the health minister because of his support for social distancing and isolation protocols. The President and his family members (who now also occupy high administrative positions in the government) added directly to the chaotic situation and the death of millions by opposing lockdown measures in different states, opposing vaccine production in Brazil and imports of vaccines from abroad, and spending millions on the “miraculous” hydroxychloroquine, even when there were no studies that supported it as an effective cure for COVID-19. Added to all of this the President and his family fired and threatened anyone who dared to disagree with them.

Of course, Bolsonaro is not the only one tainted by corruption in Brazil. Even politicians who posed as heroes opposed to him were involved in shocking corruption scandals. They too side with the bosses and the elite class, and have used the opportunity to enrich themselves. Altogether, the population that has suffered and is continuing to suffer the most during the pandemic has received far less than the minimal assistance from the state to support themselves during this crisis. And in multiple cases it is the ordinary people in the poorest communities have been the ones to organize to provide the services they needed for themselves.

The thousands that took to the streets in 200 different cities spoke directly to this situation and the tensions that have been building up for so long. It is still uncertain where Friday’s mass protests and the cries of “fora (out) Bolsonaro” will lead. But as long as workers and common people in Brazil and around the world are under the thumb of capitalist exploitation, supported by ego-centric and cruel politicians, their fight is our fight too.