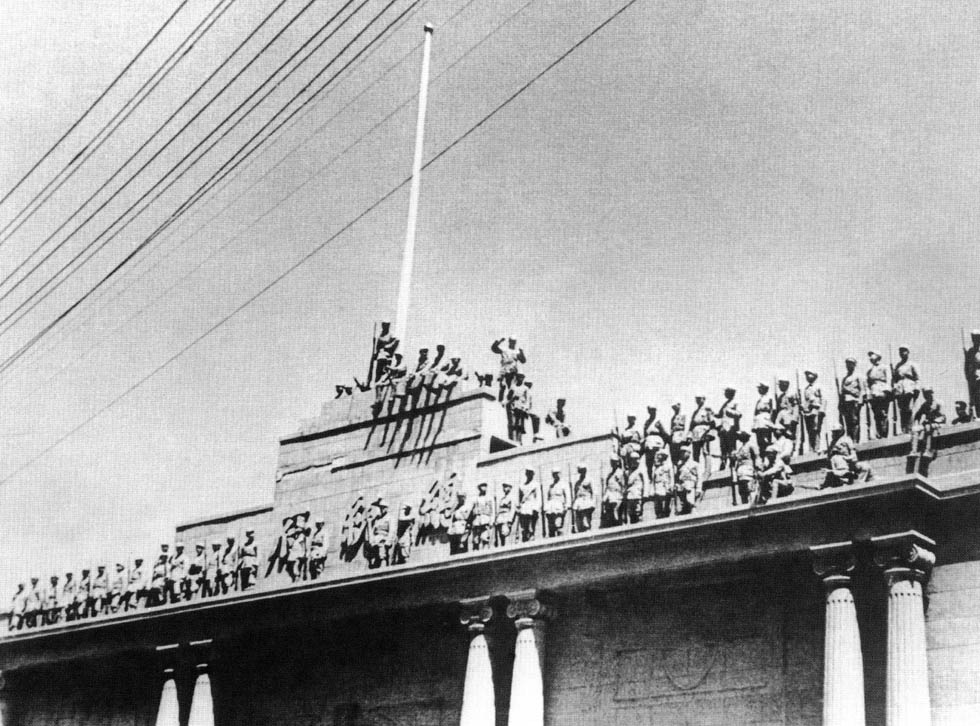 “China has stood up!” Those were the words of Mao Tse-Tung, leader of one of the greatest popular revolutions in history – the Chinese Revolution of 1949. October 1st marks the 70th anniversary of the revolution when China fought against foreign domination and won. Despite the gains of the revolution, the Chinese people face many of the same problems we do – inequality, oppression, and environmental degradation. But China’s independence was a victory compared to the alternative it faced at the time. And the revolution showed that people can change their society.

In the 19th century the European states looked to India, China and Africa for markets to exploit. Britain dominated much of the world and forced its products on China. It forced the Chinese government to import massive amounts of opium produced in India. This brought profits to the British companies and millions of Chinese became addicted. The Chinese people resisted British control, resulting in what were called the Opium Wars. The military forces of the British prevailed and Britain installed an Emperor of its choosing and relied on the Chinese landlords to maintain control.

In the early 20th century, Britain, Germany, France, the U.S. and Japan dominated different parts of China. Most people remained peasants, but thousands moved to the cities to find a better life. Students had no option other than to become clerks and accountants and serve the Europeans.

This situation could not remain forever. Many students and workers looked to the Russian Revolution of 1917, when workers seized power, as an example they could follow. The Chinese Communist Party was formed in 1919, and organized millions to build a new, equal, socialist society.

In 1927, the workers movement suffered major defeat. Chiang Kai-shek, a Chinese General who supported independence but opposed socialism more, ordered the massacre of the party activists, and thousands of workers.

It seemed that China would be divided up by the foreign powers. But some leaders of the Chinese Communist Party continued the struggle. Mao, along with others, built an army of peasants. They fought the Japanese army, Chiang Kai-shek’s army and the rich landlords. In 1949, they won. Foreign powers were expelled from China. The land of the rich was confiscated. The complex writing system was simplified making it easier for people to learn to read and education was rapidly expanded. Doctors were trained to serve the people. Women were freed from the traditions that said they were inferior.

There were big limits to the revolution. The Communist Party promised socialism, but what it delivered was capitalism controlled by the state. The role of the working class was to build up China, not control society. The Party’s goal was to develop China’s economy to compete with the West. Millions suffered and died during this process. In 1980, the Party began to open China to foreign investors to build factories and take advantage of cheap Chinese labor. In the following decades, hundreds of millions of people moved to the cities to work. A modern infrastructure was built. Today China has a powerful economy with investments around the world.

China continues to be a one-party dictatorship. Workers’ rights to organize are limited and civil liberties for the entire population are restricted. The Chinese regime imprisons and oppresses minorities like the Muslim Uighur minority and Tibetans.

There is a resistance in China, led by workers and young people. Workers’ strikes on the mainland and the movement in Hong Kong point the way forward. Today, the challenge in China is the same as in the United States – to put the resources of society under the control of the people who do the work, not the wealthy capitalists or their party. Perhaps the Chinese workers will be the first in this century to begin this global transformation. Their struggle is our struggle. Perhaps this century we will finally be able to say “Humanity has stood up.”