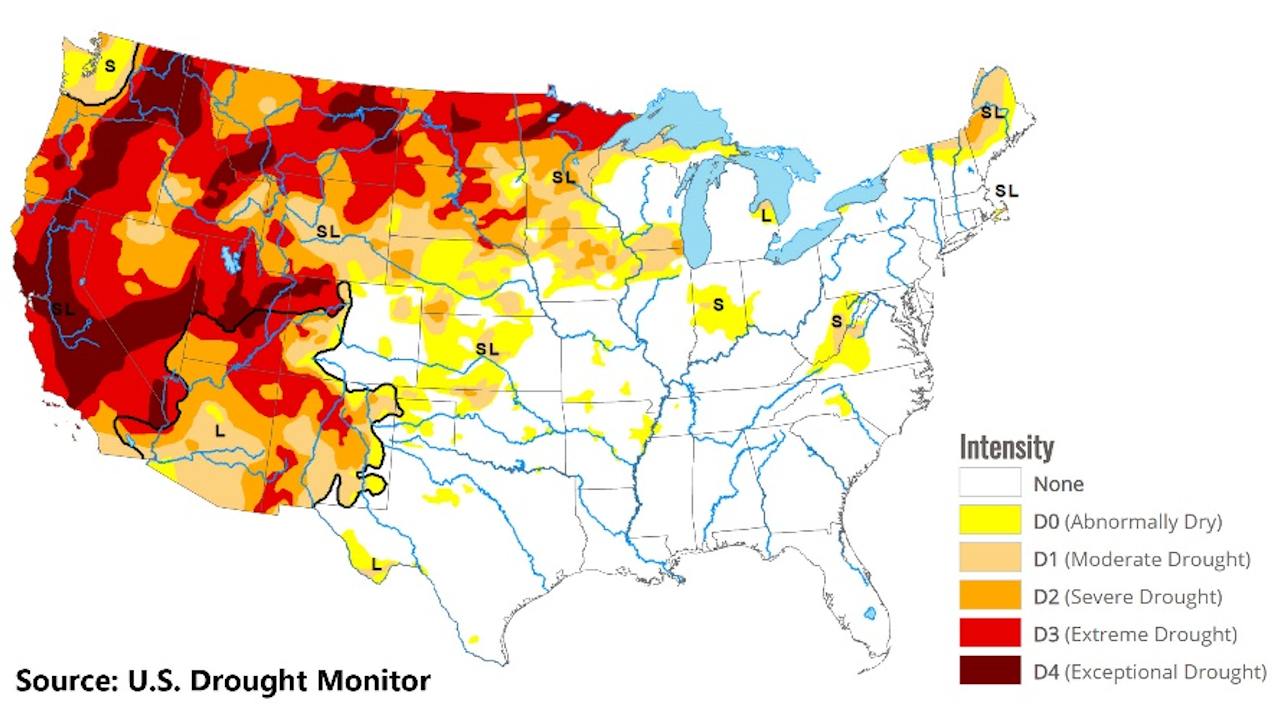 The Western states are experiencing unprecedented drought. As of August, 85% of California is in extreme drought, and the Dixie and Caldor fires continue to expand due to the dry conditions and heat. California’s two largest water reservoirs, Lake Shasta and Lake Oroville, are at 43% and 34% of their historical averages. This is largely because the vast majority of the state’s water supply (about 80%) is spent on an agriculture industry that prioritizes profit over sustainability. A dry state like California should not be producing 80% of the global almond supply, as well as other water-intensive crops like broccoli (90% of the U.S. supply).

The scientific community has long warned us of these devastating effects of climate change, but since of the victims of this global emergency so far have been from poorer countries, many Americans have ignored the problem. Since 2010, over 21 million people have become climate refugees, which means they lost their home or livelihood due to climate change and were forced to relocate. But now the effects of the climate emergency are hitting closer to home for California – the richest state in the US.

These “new normal” drought conditions in California could have been prevented. The majority of Californians are painfully aware of this crisis. Polls have found that 80% of Californians agree that the droughts are a result of climate change. But this majority agreement is doing little to affect public policy.

That’s because stopping climate change would require an overhaul of the global economy, and the business and political leaders of the state are unwilling and unable to take that step. Under capitalism, things are produced not according to science or human need, but the profit motives of a handful of corporations. The capitalist system is not only creating climate change through the endless growth of polluting corporations, but also prevents society from adapting to climate change, for example by producing water-intensive crops in states that have enough water to support them.

The discrepancy between public opinion and actual policy also betrays the undemocratic nature of our political system under capitalism. Our so-called “democracy” is limited to being able to vote for different supporters of the same corporations. But even when the majority understands that climate change is threatening their lives, the capitalist economy continues to grow and heat the planet.

Around the world, millions are crying out for a fundamental shift away from the fossil fuel industry, yet the industry is as strong as ever. The decision-makers in this system are the billionaire capitalists who own the giant corporations, not us, the human beings who need a healthy planet for our very survival.

This means that understanding the source of climate change is important, but not enough. To really change this system would require taking it into our own hands, because the capitalists have made it crystal clear that they cannot and will not give up the source of their wealth and power, even if our very ability to survive is at stake.