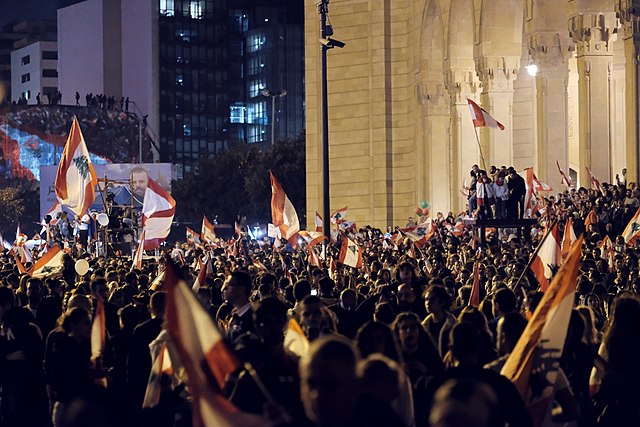 Workers, students and other exploited and oppressed people are fighting back against those who rule them all over the world.  People have taken over the streets, gone on strike, or done whatever it takes to say “NO!” to their victimization by the ruling powers in Chile, Hong Kong, Haiti, Peru, Lebanon, Puerto Rico, Sudan, Iraq, Iran, France, Ecuador, Bolivia, and Colombia.

In Hong Kong, protests erupted last spring over a proposal to allow the government of China to demand the extradition of alleged criminals to China and thereby tighten the control of the Chinese ruling class on Hong Kong’s people. Mobilizations of young people and other people have shut down much of the city as their demands for local autonomy and against violent police repression expanded. The November District Council elections put the regime on notice. More than three-quarters of the seats were won by “pro-democracy” candidates, taking control of 17 of the 18 district councils.

In Chile, high school students protested a subway fare increase in October by jumping the turnstiles. This led quickly to a huge wave of strikes and protests across the country against the rapidly rising cost of living and growing inequality between the rich and working people.

In Iraq, mass protests against unemployment, poor public services, and government corruption in many parts of the country have led to bloody police repression and more protests. Recently the Prime Minister resigned.

In Haiti, protests against the high cost of living and government corruption have been going on for over a year. Strikes and mass demonstrations have escalated in recent months, shutting down much of the economy, public services, courts and other government offices.

In Lebanon, mass demonstrations, strikes, sit-ins, and other forms of protest began in October to protest an economic crisis including high unemployment, lack of basic services (including water and electricity), government corruption, legislation protecting banks’ secrets from the public, and new taxes on gasoline and online phone calls. The protests forced the prime minister’s government to resign at the end of October.

These are just a few examples. Is it a coincidence that these struggles have erupted nearly all at once? No! The capitalist system – with its exploitation, corruption, and economic chaos of boom and bust – is a global system.  The big corporations and financial institutions are multinational. They create the gross inequalities between the one percent and the 99 percent all over the world. The system supports dictatorships and phony democracies. Although the specific situations are different – from Hong Kong to Lebanon to Haiti – the capitalist system is the same. And as the global economy breaks down, people fight back against their worsening conditions.

The first response of those in power has been a fierce repression. Then, faced with the power and determination of these movements,  they have been forced to make concessions. Sometimes politicians  have resigned or stepped aside, for the moment, while elections are held. Other times minor economic concessions were made – raising the minimum wage, opening access to education for the poor, or holding out guarantees for the future.

Working people and oppressed groups in the U.S., face the same enemies faced by working and poor people all over the world. These protests around the world today show it’s possible to fight back. And as these struggles extend and people realize their power, it is clear that we, the 99%, have no use for the 1% or their system. We could live very well without them.

Palestine: An Uprising Against Zionism and U.S. Imperialism

Workers of the World: Growth, Change and Rebellion (With Kim Moody)