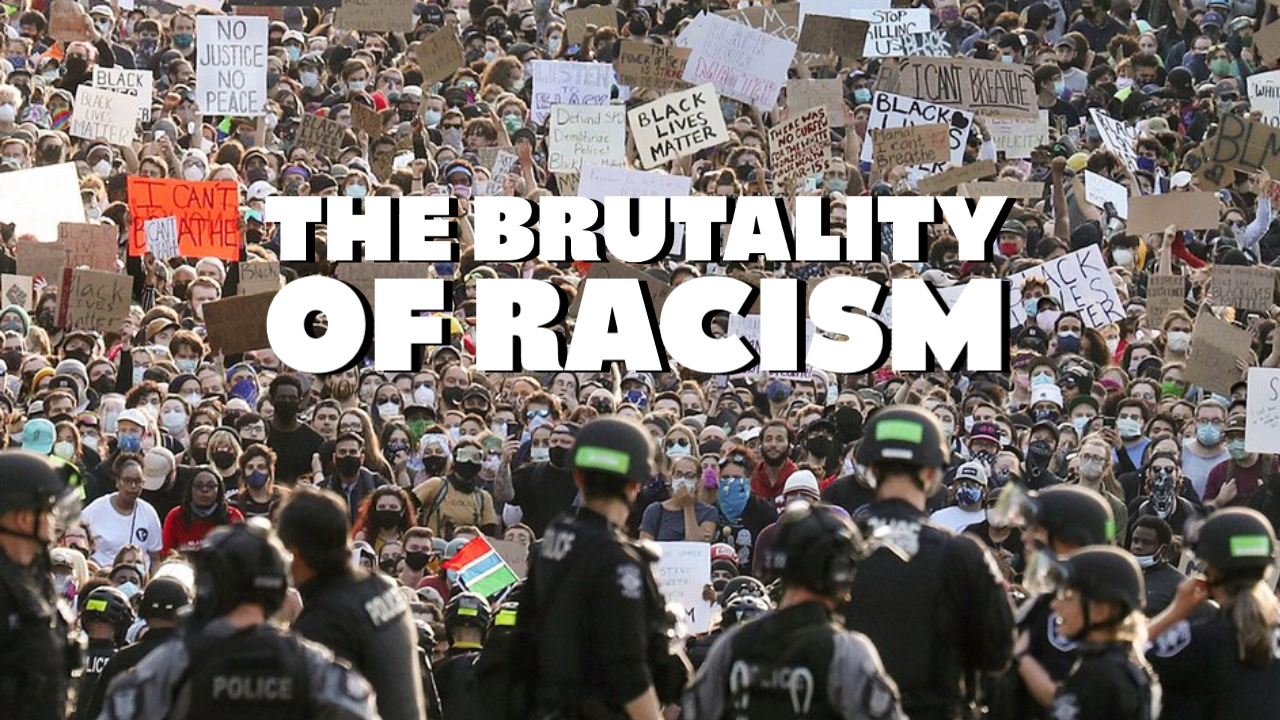 Race defines much of our lives. It says who we are to a cop, a judge, our school teachers, the hiring committee, the banker loaning us money, the landlord – everyone. It is with us wherever we go.

Race was a conscious creation. It was developed to divide poor workers and indentured servants of African and European origins. In the mid-1600s, slavery of Africans in the English colonies in the Americas barely existed. The attempt to enslave indigenous people, whose lands they stole, failed.

Workers and indentured servants of African and European origins did most of the work. And they rebelled against their oppressive conditions. In the face of this class unity, the rich landowners created laws stripping African people of their rights and put most Europeans into a separate group – creating the Black and white races. Race was officially born.

Everyone thinks they know what race is. But what is it? Is it determined by biology, your parents or ancestors? How, then, is a child who is born to a Black person and a white person, Black? That’s the legacy of slavery – the “one drop rule” where one drop of “Black blood” says the person is Black.

We are one species. We all have our origins in Africa. Minor physical differences are not linked, as racists claim, to our abilities. All human societies share some universal human traits. We all use language as a means of transmitting ideas and explanations of the world we live in. We have always borrowed and exchanged ideas with other societies.

Biological races do not exist. But socially created race and racism does exist, and it defines us in the eyes of others. It is still the main tool used to divide the working class, giving privileges to some while denying them to others. It can turn us against each other instead of uniting us to face our oppressors. We must stand against racism individually and collectively. Until capitalism – the system that gave birth to this division, and nurtures it – is replaced, racism will persist.

Racism and the Criminal Justice System

Race and racism are an integral part of the system we live under. This is most apparent in the so-called criminal justice system.

The U.S. police, whose origins lie in subjugating Black slaves in the South, and cracking down on workers in the industrial North, have been used to enforce racist government policies, often through violent force. Police bias and brutality towards people of color has deep roots in this system.

With the role police play in enforcing this racial terror, it’s not surprising that some cops have been identified as members of white supremacist groups or sympathizers of these ideologies.

Racism has also fueled the U.S. mass incarceration crisis. Government policies like the War on Drugs led to a huge growth in the criminalization and imprisonment of poor people, with Black people and other minorities being disproportionately affected.

Segregation – Islands of Poverty in Oceans of Wealth

Segregation persists today and limits access to resources in many ways. Here are some:

Home Equity: Homes are often the largest wealth asset for most Americans and segregated markets significantly limit the wealth of ethnic minorities. Historically, people of color have been excluded from certain neighborhoods, and refused insured mortgages, low interest home loans, and more. During the 1930s, the Federal Housing Administration discriminated against qualified Black loan applicants, and the same happened following WWII when Black GIs didn’t receive the loans extended to white GIs. This meant not having home equity for loans and wealth to pass on.

Schools – Still Separate, Still Unequal: Despite the Supreme Court ruling in 1954 making segregation in public education illegal, public education remains extremely segregated. More than half of schoolchildren are in racially concentrated districts, where over 75% of students are either predominantly white or nonwhite. Predominantly nonwhite districts get about $2,200 less per student than predominantly white districts! On top of this, Black students continue to face punishments, like suspensions and expulsions, at a higher rate than white students for the same offenses.

Access to Jobs: From the 1960s until today, a large number of jobs were moved to suburban areas or to other countries while the poorest sections of the working class remained segregated in “inner city” neighborhoods, with limited access to jobs paying living wages. Racial discrimination still impacts hiring practices. For example, Black college graduates had a higher unemployment rate than whites with only a high school diploma in 2019. Also, the jobs that people of color usually have access to tend to pay much lower wages. In the first months of 2021 the median weekly income for white workers was $1,006, while it was $799 for Black workers and $750 for Latino workers.

Poverty: The consequences of being locked out of opportunities are enormous! While 14.4% of all Americans live below the poverty line, the number is almost double for Native Americans at 26.8% and African Americans at 25.6%! For Latinos, it is also extremely high at 20.9%. Despite Black people making up 13% of the total population, they make up 40% of the homeless population. Those living in poverty deal with substandard housing, homelessness, hunger, inadequate healthcare, unsafe neighborhoods, and much more. This is intolerable!