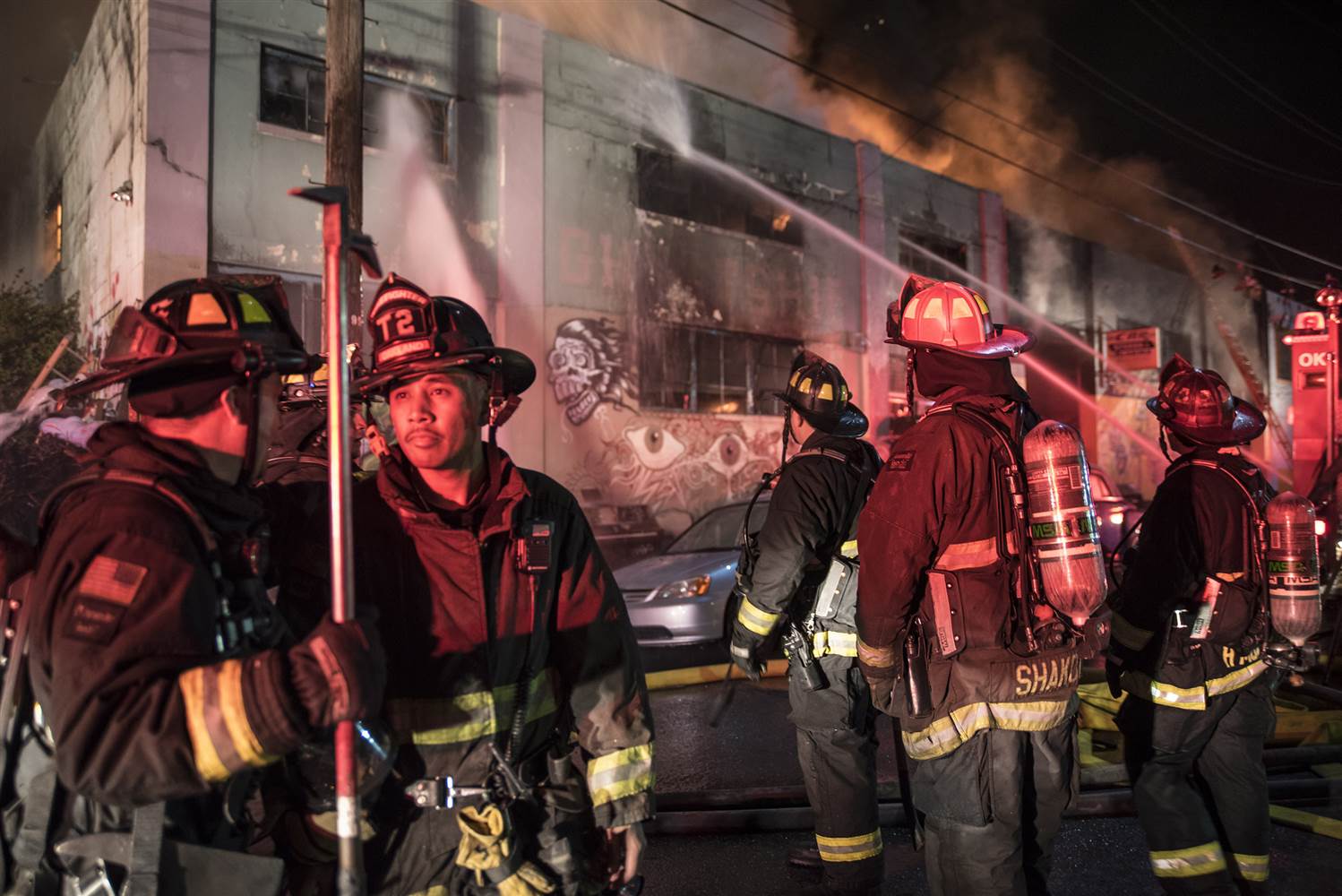 A warehouse full of people went up in flames on Friday night in Oakland. There are 36 people confirmed dead, but others are still unaccounted for. The final count of victims of this terrible tragedy will surely rise. The worst part of this tragedy was that it was absolutely unnecessary. Due to negligence and greed, the landlord allowed a situation to exist that guaranteed an eventual disaster like the one that happened on Friday.

The warehouse, known as the “Ghost Ship,” was one of many warehouses in the Bay Area that have been converted into living spaces. Many of these spaces have become refuges for artists, young people trying to find their way, and those who simply don’t have the money to live anywhere else. The Ghost Ship was all of these things. It was a two-story building that had been converted into a living space and artist studio. The stairway between the floors was built out of scrapwood with uneven stairs. There were no sprinklers, no smoke alarms or escape routes. There was only one entrance – the front door. The set-up was a disaster waiting to happen. On Friday night, a rave was hosted on the top floor, and when a fire started on the bottom floor, the only escape route for the dozens of trapped partiers was the front door, across the scrapwood stairs, straight through the fire.

Who is to blame? The residents? How can you expect artists to construct building interiors up to code? Can you expect people who show up to a party to judge the building’s safety? No, the blame for this tragedy lies with the landlord, the owner of three similar properties in the Oakland area. When contacted after the fire, they claimed not to know people were living in the building or that parties were being thrown. How likely is that? What about sprinklers and fire safety equipment? This landlord, like so many others, doesn’t care what happens in their property as long as the checks come in at the beginning of the month. Especially if upgrading the property would cut into those profits. This landlord, like so many others, chose profit over people’s lives.

The artists and other residents of warehouses aren’t to blame. It is the landlords who take advantage of these people by squeezing them for rent. Bay Area rents are the highest in the country, even higher than the rents in New York City. Many of the residents of warehouses like the Ghost Ship are young artists and musicians. They rent places like the Ghost Ship not only because of the cheap rents, but also because they offer a space to be creative and like-minded people to live with. The rave was part of the Bay Area queer music scene which struggles to find safe spaces to perform in.

There’s more to the story. A warehouse full of artists can make a neighborhood attractive to upscale renters, especially if the artists and their friends are young and some of them have money. Poor and working families who live in communities like Fruitvale get evicted to make way for richer, whiter tenants attracted by the scene. Eventually the artist lofts are replaced with condos and luxury apartments. It’s no accident that a few blocks from Ghost Ship is Fruitvale’s Transit Village where high paid tech workers live and commute to jobs in San Francisco or on the Peninsula. Artist warehouses like Ghost Ship are a tool in this process of “gentrification” – changing the neighborhood, all to the profits of the landlords and developers.