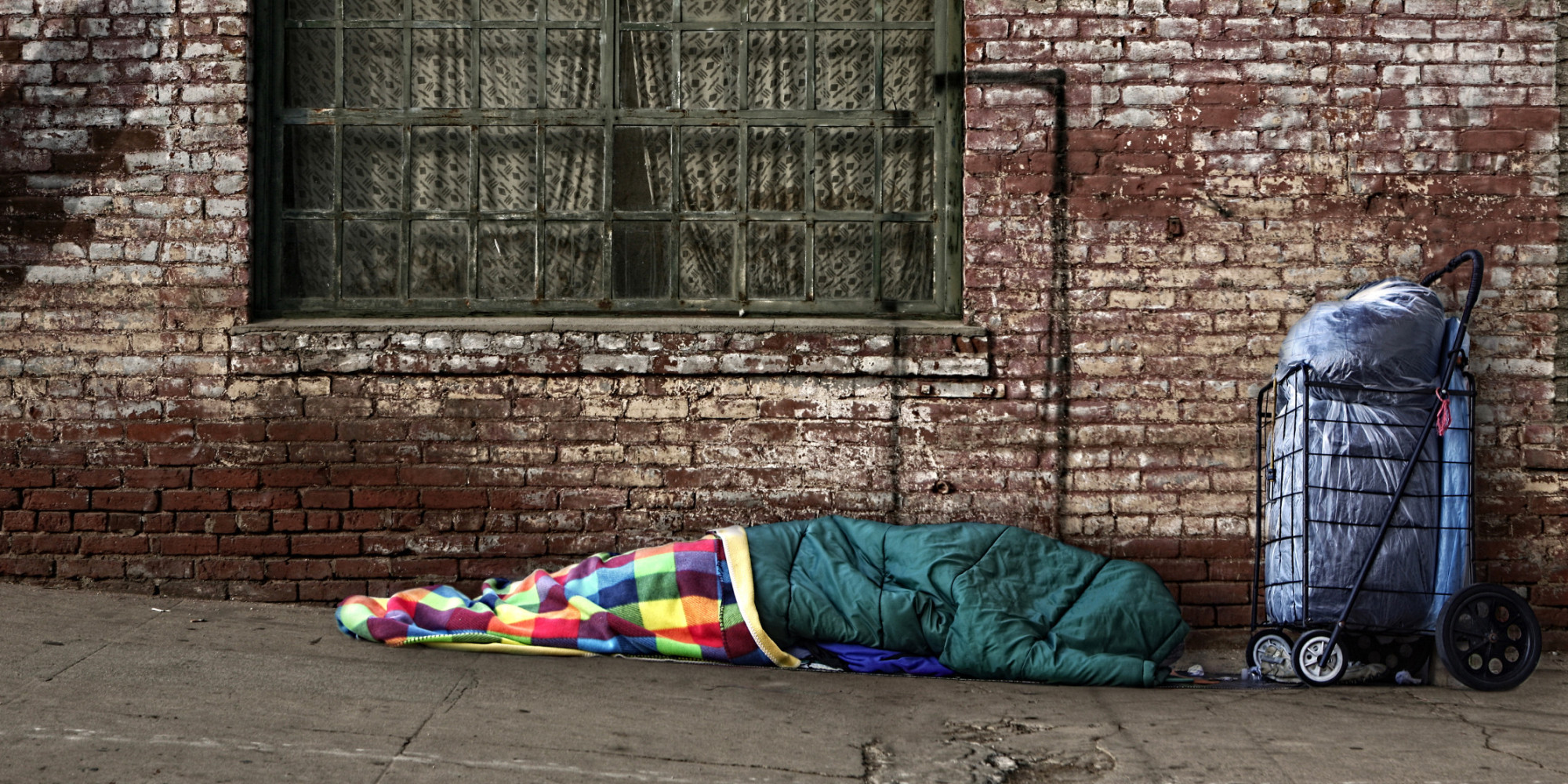 Homelessness has become so common in the U.S. that many people see it as normal. An estimated 3.5 million people will be homeless at some point during this year, about 1.35 million of whom are children. A new study found that one in ten people ages 18 to 25 had experienced homelessness last year. On any given night, an estimated 600,000 people sleep on the street or in their cars, while major cities have more vacant houses than the number who need housing.

This is ridiculous! In the richest society in the history of the world, we have the resources to provide decent housing for everyone. So why is homelessness even an issue today?

The high rate of poverty in this society is the main cause of homelessness. Many individuals and families are one missed paycheck away from not being able to pay their rent or mortgage payment. The lack of affordable housing – or the high cost of housing is due to speculation and profiteering on real estate. Low wages for working people is another cause. Some people have real problems keeping a job because they have physical or mental disabilities. Many people experiencing homelessness are military veterans with physical injuries and/or post-traumatic stress disorder, which can cause uncontrolled erratic behavior. Once on the street, it is easier to fall into abuse of alcohol and other drugs. Lack of affordable health care makes all of these problems worse.

Officially, there are about 40 million people in the U.S. who live in poverty, which the government defines as less than $11,770 for an individual and less than $24,250 for a family of four. But the government’s poverty figures don’t reflect reality. They don’t account for the rising cost of food, health care, housing, and household debt. If the poverty threshold were more accurate it would include half of the population.

It’s a wonder we don’t have more people experiencing homelessness! In fact, many individuals and families who have lost their homes end up crowding into relatives’ homes, so they don’t get counted as homeless.

The U.S. has hit a 51-year low for the number of people who own their own homes. So record numbers of people are renting. As a consequence landlords and big real estate companies are raising rents without any real limits.

Fueling the crisis, federal funds for homeless shelters have been cut by more than 50% over the last seven years. In many cases, the only place for the homeless to go is a “tent city,” an unauthorized camp of ten or more people. Most of those living in tent cities say they would prefer to live in permanent housing but can’t afford it.

The richest 1% in the United States now own more wealth than the bottom 90%. People in the 1% set the wages and rents for the rest of us. They are the ones who profit from wars that put veterans on the streets. The resources to house, feed, clothe, educate, and provide health care for all exist, but the profit system stands in the way of decent lives for all.