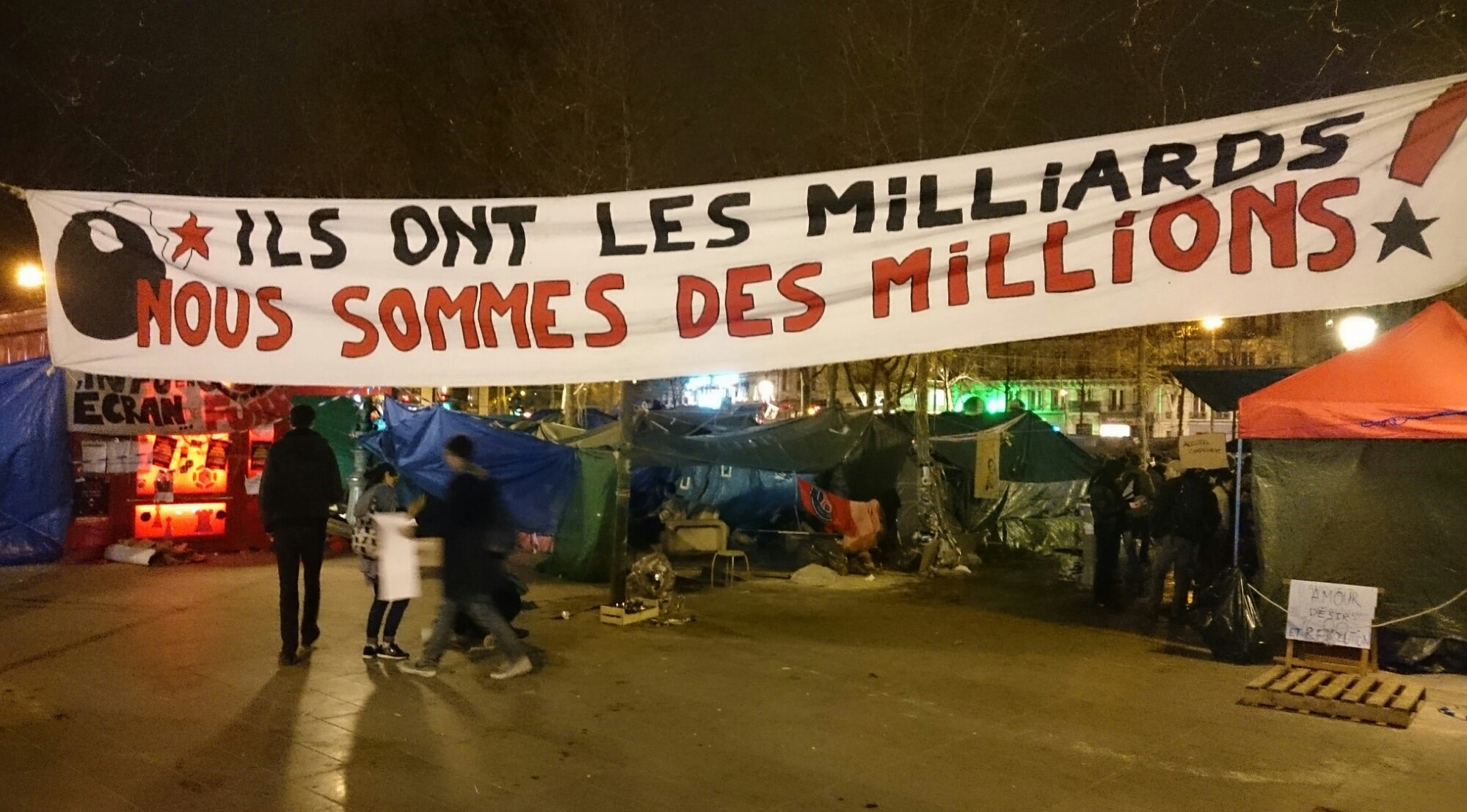 On June 14, hundreds of thousands of French workers went on strike and held demonstrations. This action followed three and half months of struggles and over a dozen days of strikes and demonstrations, by workers and their student allies against a new law that the French government is trying to impose on them. And this government pretends to be socialist and represent the workers.

In France, working conditions and workers’ rights are regulated by national laws, not by individual contracts between companies and unions. Over the last 30 years the bosses and the government, often a so-called socialist one, have chipped away at the gains that French workers won over decades of struggle. This new labor law, the El Khomry law, would supposedly make France more competitive and encourage bosses to keep their plants in France. It is a major attack on all workers.

In attempting to impose this proposal, the government has unified many groups who normally would not be fighting together – high school students, university students, the unemployed, private sector workers, and public sector workers.

The unions have tried to play their usual role of negotiations with the bosses and the government. But the majority of workers said there is nothing to negotiate — get rid of it all. And under this pressure from the rank and file, the union officials have been prevented up to now, from making compromises and agreeing to the accord. Nonetheless they have done everything to keep the struggles limited, proposing that different groups of workers or unions fight separately instead of joining their forces.

But the workers have not gone along with this. To a great extent, the railroad workers have taken their struggles into their own hands. For weeks now the railroad workers have met in daily general assemblies that include all the workers at the station, no matter what union they are in or whether they are in a union at all. They have tried to include the different categories of workers and bridge the usual divide between classifications.

Each day when they meet they discuss how to organize, they vote on whether to continue their strike, which has now been extended for a few weeks. They have also held meetings bringing together railroad workers from several stations in one of the regions of Paris.

There has also been a movement of high school and university students who have held many nationwide protests and organized nation-wide coordination meetings to plan their actions.

The government and the bosses were arrogant and thought they could get this law passed. Why? Because for the last decades the working class in France has faced attack after attack, and either it hasn’t fought back at all or fought using isolated, strikes most of which were lost.

But this time it has been different. And when the workers have gone on strike, suddenly the balance of power seems to be reversed. As the slogan says, “They Have Billions – We Are Millions”, the workers have the numbers and the power if they use it. What can the bosses do when the trains, planes and taxis stop running? When the refineries don’t produce gas or the nuclear power workers don’t produce electricity? When the dockers don’t unload ships? When the postal workers don’t deliver the mail and the garbage workers don’t pick up the trash? When the auto plants, chemical plants and steel plants don’t produce? Then it is plain for all to see who produces everything and who make this society run. The workers have the power to make society come to a halt as they did this past week.

Will the French workers win and prevent the law from being imposed? Will they continue their fight in the next days and weeks and expand it? Will they stop for now having gone as far as they feel able to go? We will see. What is clear is that the working class has expressed its anger, felt its power, rediscovered its ability to organize and lead its struggles. It has shown that it can win the support of others in its fight. This will certainly count for the future. There is certainly much we can learn from these struggles.