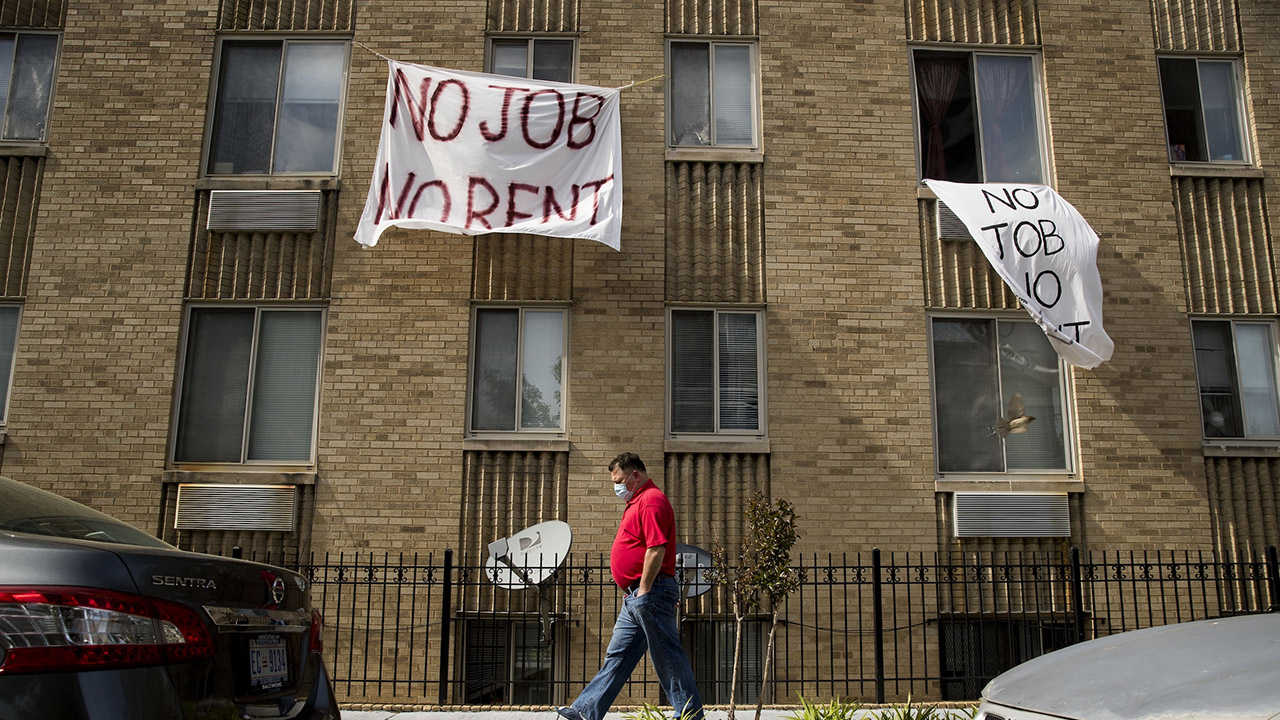 On August 26, the Supreme Court ended the latest housing eviction moratorium by the federal government. This means that people who have lost their jobs and income because of COVID, and can’t pay their rent, can be evicted. Millions of working people will likely be affected.

This decision is the latest that puts the so-called right to property ownership ahead of people’s needs, or rather, the interests of landlords ahead of those of low-income families with children. It’s not just the Supreme Court that is responsible for this. The Biden administration and Congress are also to blame. They both knew that the old moratorium was ending, but each said the other should deal with it. The administration was slow to give out the rent relief that Congress had previously approved. And Congress knew that if the August deadline passed, the Supreme Court would say it required new legislation to extend it. And, in fact, while Congress dawdled, the administration was pressured to extend the moratorium. But the Supreme Court ruled this move unconstitutional, saying the administration did not have the legal authority to issue such a measure.

The politicians and the Court sure know how to pass the buck. They don’t care how this affects poor and working people. And any system that rules taking lifesaving safety measures as illegal, is a system that has to go. Obviously, the politicians and the law care more about the rights of landlords and capitalists to make money off the rents of tenants and profits produced by workers, than the tenants and workers themselves. It’s all in the name of the sanctity of private property. The COVID catastrophe has just been an opportunity for them to squeeze us even more than usual.